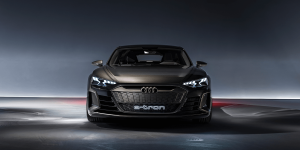 After Volkswagen figured they will spend 30 billion euros on electric transport, Audi has revealed their own investment programme. Around 14 billion euros will go to electric mobility, digitisation and autonomous driving through 2023.

For the year 2025, Audi promises to have around 20 electrified models, about half of which will be purely electric. The company’s total expenditure for the next five years amounts to 40 billion euros, Audi said. This means 14 billion amount to a little over a third of all spending, 35% to be precise.

Interim CEO Bram Schot thus sounds right when he says that Audi is “systematically moving towards electric mobility” and that future topics have priority for the German carmaker.

Audi is currently working on three electric cars that could be callled the signature edition. The e-tron SUV has made the start and is being rolled out in Europe. The e-tron Sportback will follow late next year. Moreover, Audi recently revealed the e-tron GT, still a concept but with set plans to go on sale in 2020 to rival the Tesla Model S.

In addition Audi will use Volkswagen dedicated MEB architecture of course, in order to be able to offer the planned 20 electrified models by 2025.

To help fund the investments, the company launched a cost-cutting program called the Audi Transformation Plan with the aim of largely increasing effectivity. The company said the restructuring will generate one billion euros in earnings already this year.