The batteries were used over a period of years on the bus line 55 in Gothenburg, and now 14 of them will undergo a second life as part of the housing project Viva to store solar energy.

Apartment buildings in the new neighbourhood will be capable of producing and storing their own energy. Furthermore, the energy storage systems will also serve to reduce the load on the public electrical grid during peak use periods. Excess solar energy could be sold to the national energy grid, as well as purchased easily, according to the organisers. The 14 batteries will be bundled in a battery room to a 200 kWh packet. 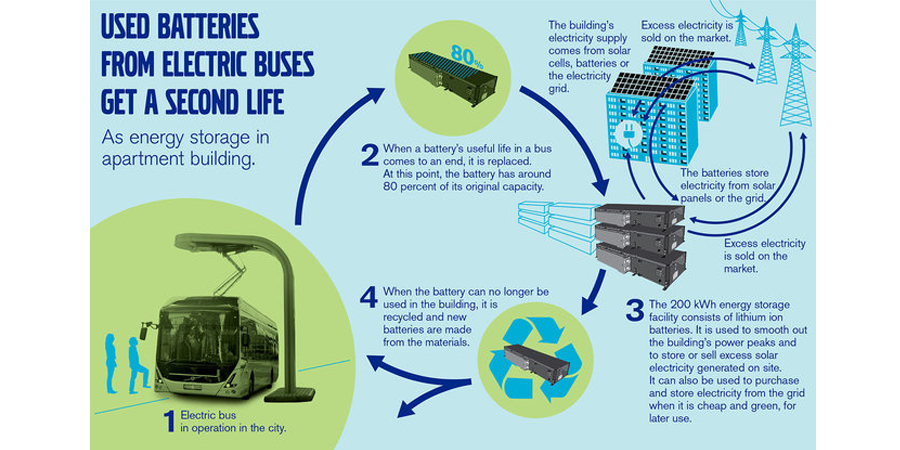 “We know that electric bus batteries have good potential for other applications such as energy storage after the end of their life in public transport. What we are examining here is exactly how good that potential is,” says Ylva Olofsson, Project Coordinator at Volvo.

Daimler orders €20BN worth of batteries