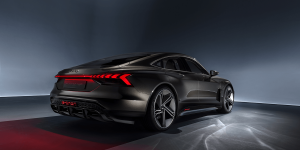 Audi’s head of finance, Alexander Seitz is convinced that the brand’s electric cars will be as profitable as comparable conventional models thanks to economies of scale through the overarching Volkswagen Group as well as the cooperation with Porsche.

“I would not be able to sleep well at night if we did not have a path that takes us to a level of profitability on these cars that is comparable with those of a well-equipped diesel. And you can assume that I am sleeping well.”

His projection rests on expected economies of scale that will help Audi stay in the black thanks to its parent company Volkswagen. Latest with the introduction of the MEB platform across the Group this may be the case indeed as Audi is planning to launch at least five MEB electric vehicles by 2025 reportedly.

The Audi e-tron in all its forms utilises its own architecture though, yet Audi will take a more cooperative approach in the future when they will share the Premium Platform Electric (PPE) architecture developed together with Porsche. CFO Seitz reckons the joint development helps Audi to save about 30% in R&D expenses.

For now, Audi has to get the e-tron sales off the ground. Deliveries had been delayed, but the carmaker is positive to finally start getting the electric cars to expecting clients this March in Europe. Even before, first electric vehicles were delivered by the Brussels plant to selected importers in Norway and the Netherlands. Still, the announcement did certainly not come too soon since the patience of clients had been worn a little thin due to the lack of information about the length of the delay.

You may find more quotes like this in our newsletter – delivered to your inbox every weekday – short, to the point and free of charge. >subscribe >>