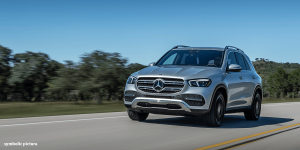 Daimler is talking about third-generation plug-in hybrids with a view to its current range. This is characterised by the fact that its electric motor was specially designed for the plug-in hybrid transmission 9G-TRONIC and, coupled with improved power electronics.

The PHEV delivers 90 kW peak power and a starting torque of 440 Nm. This means that a top speed of over 130 kph can be achieved purely electrically. Furthermore, the current vehicles have a 13.5 kWh battery, which allows an electrical range of 50 km, and an onboard charger, which doubles the charging power from 3.6 to 7.4 kW.

Future vehicles, on the other hand, should already have a larger battery and an electric range of more than 80 km, writes the German paper Handelsblatt with reference to corporate circles. By 2025, Daimler is aiming for a 40 per cent share of electrical sales, which includes PHEVs and mild hybrids in addition to purely electric models. Unlike Volkswagen, Daimler seems to want to focus primarily on plug-in hybrids rather than going fully electric.