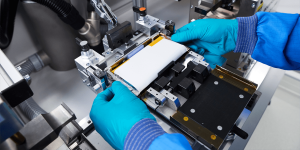 After Andreas Wendt, the Board Member responsible for purchasing, recently announced that BMW will no longer purchase cobalt from Congo for the introduction of the fifth generation of electric vehicles from 2020/21, it is now clear that the raw material will instead come from Australia and Morocco.

The news agency Reuters reported on the development with reference to an unnamed BMW executive. According to the report, BMW will source cobalt directly from mines in both countries in order to ensure that its mining is not linked to child labour. Meanwhile, a spokesman for Glencore mining and trading company has confirmed to Reuters that his company will supply BMW with cobalt from its Murrin Murrin mine in Australia. According to the company, it mined around 2,900 tons of cobalt there last year.

However, BMW is not saying goodbye to the Congo altogether: together with BASF, Samsung SDI and Samsung Electronics, the company continues to be involved in a pilot project for sustainable cobalt mining in the Democratic Republic of Congo. The German Society for International Cooperation (GIZ) will act as coordinator on behalf of the quartet. The goal is to promote mining in small, artisanal structures under humane conditions.

Some time ago, the Congo classified cobalt as a “strategic substance” in the wake of the electric vehicle boom and almost tripled the licence fees for the raw material – from 3.5 to 10 per cent. The rate had already been increased from 2 to the current 3.5 per cent in the summer of 2018.

Meanwhile, the world’s largest metal exchange, the London Metal Exchange (LME), announced an initiative to combat child labour, money laundering, bribery and corruption. Cobalt is, of course, one of the most important raw materials. From 2022, for example, the LME wants to demand that listed companies provide evidence of their sources of supply. According to the new rules, companies would have to undergo a “Red Flag evaluation” based on OECD guidelines by the end of 2020.