Overall, plug-in car sales in Norway continue to grow. The number of all-electric vehicles sold in April makes for a total market share standing close to 40 per cent.

In detail, 4,462 electric cars were registered in Norway in April, representing said market share of 39.6 per cent of all new passenger car registrations of the month. While still high, it is less than last month’s record when purely electric BEVs achieved a market share of 58.4% among new registrations in Norway. 10,728 battery electric cars were registered, twice as many as in the same month last year, with this spike mainly being due to best-selling Tesla Model 3 arriving.

However, in April, there were 2,429 new hybrid cars (market share: 21.6 per cent), including 1,141 plug-in hybrids. Taken together, this makes 60% of all new vehicles at least partially electric in the Nordic EV nation no 1. 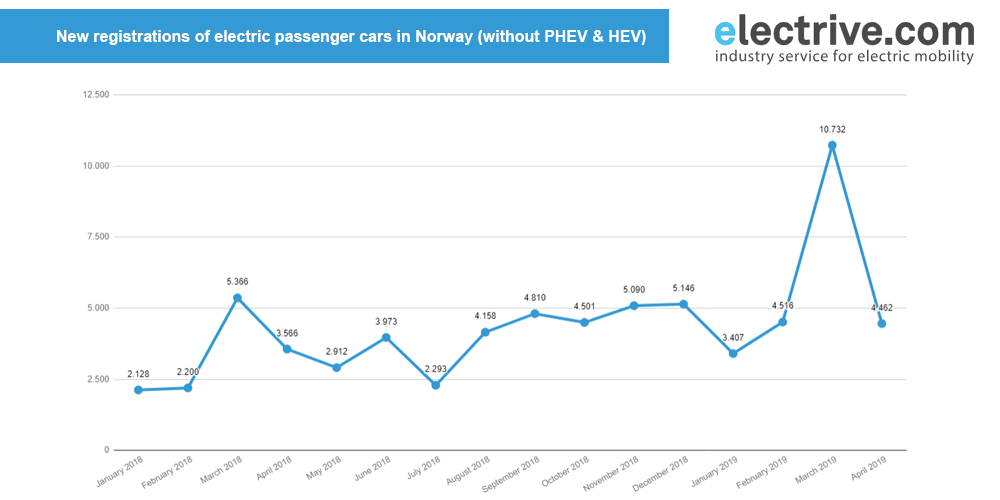 VW Zwickau plant on schedule as ID.3 rolls out