Exactly 3,484 electric cars were newly registered in Norway in July. Compared to the same month last year, it is an increase of 51.9 per cent. In addition, there were 2,285 new cars with a hybrid drive, including 943 PHEVs.

Since January of this year, a total of 38,684 new electric cars have found their way onto the roads in the European model country of electric mobility. By way of comparison, Germany has recorded 37,022 new registrations for purely electric passenger cars in the first seven months to date. 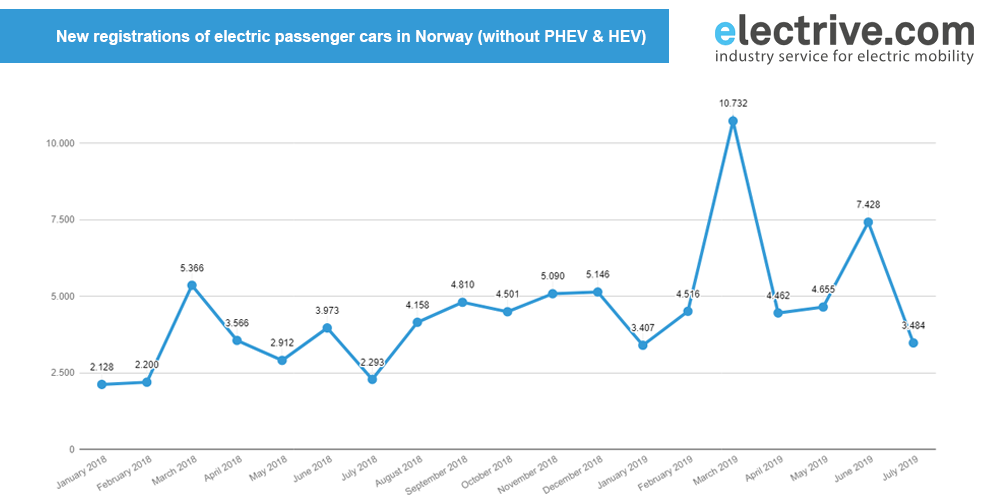 In July 2019, the full-time electric vehicles achieved a market share of 38 per cent. Compared to the same month of the previous year, an increase of 51.9 per cent was also achieved. In addition, there were 2,285 new passenger cars with a hybrid drive (14.8 per cent less than in July 2018), which corresponds to a market share of 24.9 per cent among new registrations. Hybrid registrations included 943 plug-in hybrids (-35 per cent). In July, 62.9 per cent of all newly registered passenger cars in Norway were equipped with an electric or hybrid drive.