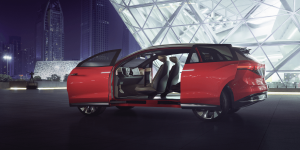 The Volkswagen Group is exploring potential investment opportunities with Chinese automotive suppliers in a bid to secure access to “key technology” with a focus on e-mobility in the planet’s largest car market.

Purchasing stakes in the automotive supplier field may also serve to secure better access to batteries, which have presented an issue as the global demand for the vehicles rose faster than manufacturers anticipated. VW has also previously made efforts to build a strong relationship with the Chinese battery suppliers.

To this end, potential targets include the Guoxuan High-Tech Co, a battery manufacturer based in the Anhui province. Following the report by Bloomberg, the suppliers market value jumped 6%. Whether VW will invest in equity or attempt to set up a joint venture is still on the table apparently.

Nothing has been confirmed by Volkswagen, however, which stated that they are “in talks with different local suppliers for possible cooperation in the future.” The statement also shows how important securing a reliable battery supply will be for Volkswagen’s electric offensive: “The evaluation of our battery supply capacities in China is ongoing and necessary for a high volume of e-mobility production.”

VW is also looking to expand their ongoing cooperations in the country, such as the joint venture with SAIC, or FAW. It appears that the discussion has been ongoing for some time as well, as Guoxuan mentioned being in talks with a “first-tier international brand” back in April. When and how such cooperation will take place remains to be seen.