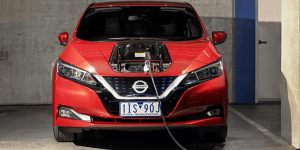 A passionate Nissan Leaf driver from Australia has had enough. After his seven-year-old Nissan Leaf only managed a range of around 60 kilometres, a battery change was imminent.

He was stopped short of doing so, when faced with the bill for a hefty 33,385 Australian dollars (around 20,300 euros). While the price seemed an exaggeration, the incensed driver was then simply prompted to switch manufacturers, especially when the Model 3 is currentl on offer.

Update 15.10.2019: The original invoice appears to have been an error on the part of the trader. Nissan Australia is offering a battery change on the first generation Leaf for 9,900 Australian dollars (around 6,000 euros) plus working time (allegedly four to five hours).