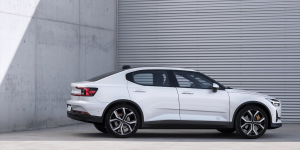 Following the Polestar 1 PHEV model, Polestar will also be offering the all-electric Polestar 2 in Switzerland starting next year. It will be the seventh European market for the first BEV from Sweden.

The markets for the Polestar 2 in Germany, Norway, Sweden, Great Britain, Belgium and the Netherlands have already been confirmed. The preliminary target price for Polestar 2 in Switzerland is 55,900 Swiss francs.

Polestar justified the move to Switzerland with a high level of customer interest since the presentation of the car at the Geneva Motor Show in March. “This encouraged us to prioritise Switzerland in joining our global launch markets,” says Polestar boss Thomas Ingenlath.

So far, however, parties interested in either Polestar 1 or Polestar 2 from Switzerland have relied exclusively on digital contact with Polestar, as Switzerland does not yet have what the Swedes call their store concept: “Polestar Spaces”. According to the press release, the locations of Polestar Spaces in Switzerland will soon be announced. The wording was in the plural, so there should be several stationary points of sale in Switzerland. In Germany, the Volvo sister is currently planning eight spaces.

Interested parties can currently register online and thus secure a place in the queue. In March 2020 they will be able to configure and reserve Polestar 2 against a “fully refundable deposit”. However, there will only be a few packages instead of a multitude of individual options, as Ingenlath already confirmed in an interview with our German counterparts at electrive.net.