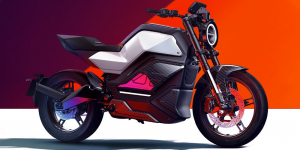 Niu has just presented the RQi-GT electric motorcycle and the TQi-GT three-wheeled electric scooter at the CES. The Chinese manufacturer is planning to put the two new models into series production in the second half of 2020.

With both models, Niu is clearly targeting commuters in urban areas. With a range of 130 kilometres, the RQi-GT electric motorbike is capable of making shorter motorway journeys, although it must be kept in mind that this range was measured at moderate city speeds at an average of 48 km/h. The motorbike has a maximum speed of 160 km/h (100 mph). The 30 kW electric motor is a proprietary development of the Chinese company, the rear wheel is conventionally driven by a chain. 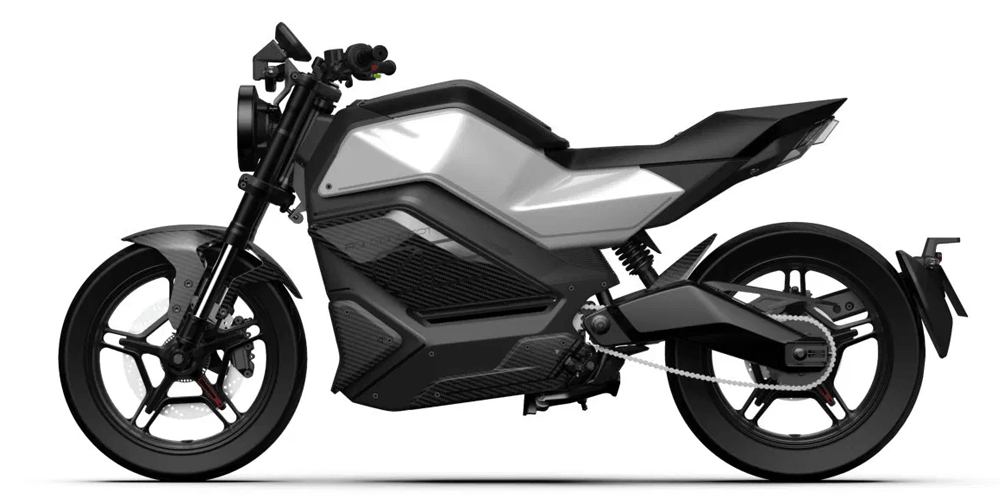 The bike’s energy is stored in two exchangeable batteries with cells from Panasonic. The bike’s total capacity is given as 6.5 kWh, but Niu did not give values for charging power and duration. Instead, the press release places a lot of emphasis on the RQi-GT’s connectivity features, which include the battery: The battery packs are also connected to the Internet of Things via a 5G connection, so that information on the charge level or battery status can be constantly called up. Together with a GPS module, the Internet connection should also offer theft protection, so that stolen vehicles can be tracked easily. The electric motorcycle can also receive over-the-air updates.

Riders of this electric motorcycle should even be able to check the tire pressure via app. But Niu has also installed some interesting systems outside the connectivity functions, which is why the manufacturer even calls the RQi-GT an “intelligent electric motorcycle”. For example, the machine has an adaptive front headlamp that is supposed to light upright when cornering, despite its lean angle.


Many of these functions are also found in the second model that Niu presented at CES. The TQi-GT may have almost the same name as the electric motorcycle, but it is a completely different concept. The covered e-scooter with three wheels has a roll compensation and autonomous driving functions as standard.

In the city, the three-wheeler will probably not yet drive autonomously but should be able to park independently. With the upholstered seat, the large windscreen (which according to the pictures, appear to be without wipers) and the fairing around the legs, the e-scooter seems suitable for commuting even in bad weather. Niu itself also calls the vehicle the “Urban Performance Electric Commuter”. 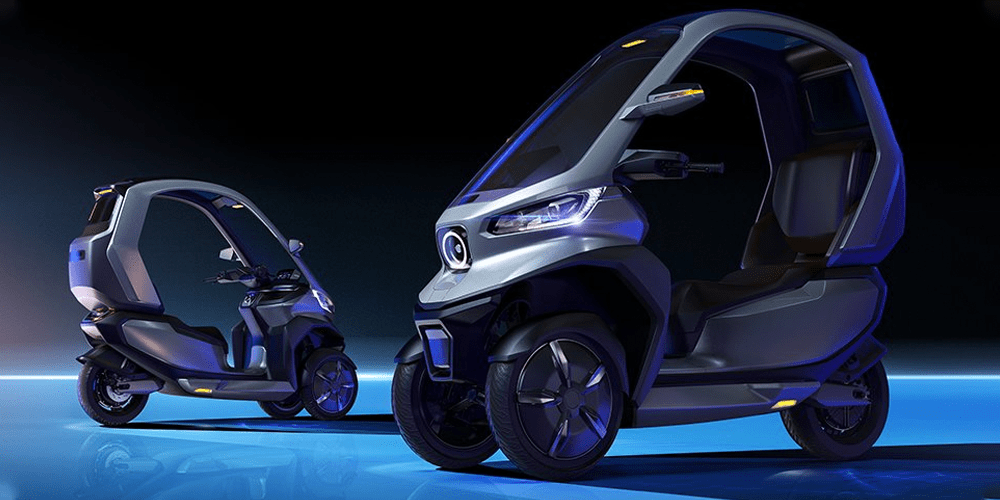 Little can be said about the performance, however, because here too the company is keeping quiet about many of the light electric vehicle’s technical details. The electric motor here is said to be installed in the rear and to come from Bosch – but the company has not given further performance specifications. The top speed is said to be 80 km/h, and the range of around 240 kilometers is sufficient for a whole week of commuting. There are no figures on the batteries or the charger were provided in the company’s press release.

Direct sales in the USA for the first time

“Congestion is widespread in overpopulated cities, costing commuters time and money and having a negative impact on the environment. says Niu CEO Yan Li. “At Niu, we combine style with technology to develop efficient and affordable solutions to address these urban issues.”

However, it remains to be seen how well the two premium shuttle vehicles will be received on the market, as the manufacturer has not yet quoted prices. Production is scheduled to start in the second half of the year, and “a few months later” they will also be available to customers in the US in Austin, Miami, Ft. Lauderdale, San Francisco, San Diego, Washington DC, Chicago and Honolulu.

In these eight cities, Niu also wants to sell vehicles directly to end customers for the first time – up to now, the manufacturer’s e-scooters have only been available in shared offers. These will be the somewhat more conventional e-scooter models NQi-GTs Pro and MQi-GT – both models were presented at the Eicma in Milan in November. Prices are expected to start as low as 2,000 dollars.

Canada now has its own electric superbike