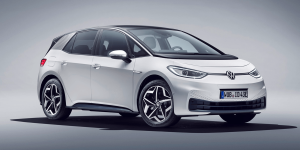 Alleged software problems with the VW ID.3 development have been treading the rumour mill recently. Now a spokesperson officially confirmed the issues, while insider information reflects a more dire reality.

Volkswagen will probably only release a toned-down version of the ID.3 due to continuing problems with software, local media reports. The company wants to stick to the long-communicated schedule with the start of deliveries in summer – VW CEO Herbert Diess had repeated this when presenting the annual figures last week. Now other tones are coming from Wolfsburg: “one or the other planned function” will first be cancelled and then later be delivered via an update, a VW spokesperson confirmed. “Things are not going great”, the spokesman said.

Company insiders quoted by the paper consider this an understatement. “It’s no longer a laughing matter,” they write. The car is far from being ready for the market, according to the source. Another source is also of the opinion that the company is “not even close to an industrial production process at ID.3”. VW CEO Diess will definitely have a few cars to show this summer, “but we’ll tinker them by hand so that something is there”. This has nothing to do with series production.

The ID.3 not only comes with a new drive module, the MEB but also with entirely new software architecture, including the operating system. With the new vehicle IT, VW wanted to reduce the complexity in the car itself with its many control units. At the end of February, VW insiders told German media that the basic architecture of the software had been developed “too hastily”, with the result that many parts of the system did not cooperate efficiently, leading to dropouts.


One problem is suitable personnel. “It is an absolute disaster,” the report quotes an internal source. “We just can’t get the people.” In addition to the lack of programmers and software experts, there are also departures of important managers. For example, Martin Hofmann, the CIO responsible for all IT at VW, is leaving the company at the end of March.

For this reason, according to the report, VW should examine a new scenario: A software alliance with Daimler could provide the answer. A meeting at board level has already taken place without informing the supervisory board or works council. Among other things, it is said, it was discussed whether Daimler and VW could jointly develop an operating system for cars. This would not only save costs for in-house developments but also make the best possible use of available expertise and personnel. The corporations seem to have recognized the importance of software, but now the means are lacking to prevent Tesla’s lead in this area from becoming even more significant. The Californian company was able to develop its software architecture from scratch and did not have to take existing supply chains into account. The Tesla software has a much more efficient structure and runs on a central control unit – which additionally makes updates and maintenance easier.

The spicy thing is that Daimler is already in talks with BMW about joint software development. So the Stuttgart company is driving on two tracks and is now in a bad position. Cooperation between the three companies seems unlikely, not only for antitrust reasons: VW, with Herbert Diess, soon-to-be Audi CEO Markus Duesmann and Audi marketing board member Hildegard Wortmann, has recently stolen several top managers from the Bavarian competitor.