6,966 electric cars were newly registered in Norway in March, representing a market share of 55.9 per cent of all Norwegian new registrations for the month. There were also 3,276 new hybrid passenger cars (market share: 26.3 per cent), of which 2,392 were plug-in hybrids (+ 17.5 per cent compared to the same month last year). Adding the two plug-in worlds together, 82.2 per cent of all newly registered passenger cars in Norway in March thus had an electric or plug-in hybrid drive. 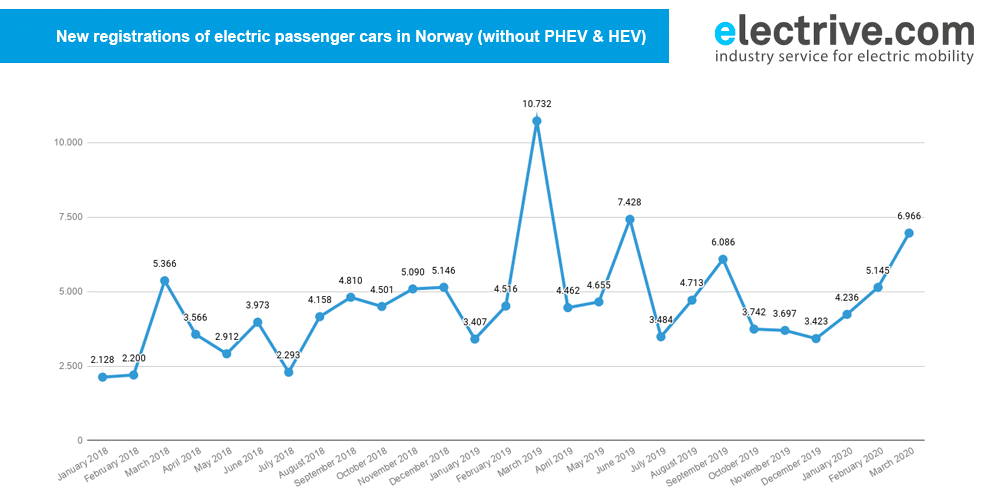 The most popular model across all drive types was once again the Audi e-tron with 1,681 new registrations, ahead of the Tesla Model 3 with 997 listings. Compared to the same month last year, this was a drop of 35.1 per cent. Background: Tesla started deliveries of the Model 3 in the spring of 2019, and around half of the Norwegian BEV registrations in March 2019 were for the Tesla Model 3 (5,314). The VW e-Golf made it to third place with 629 new registrations.