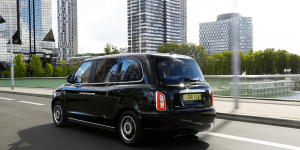 The London Electric Vehicle Company (LEVC) has apparently stopped payments to suppliers for at least a month. The company has invoked a force majeure clause in its contracts due to the coronavirus crisis. LEVC’s business plan for this year remains unchanged.

A letter from the company to its suppliers was cited by Sky News. that had already been sent at the beginning of the month, meaning payments may begin again in a few days time. The force majeure clause described in the letter was initially limited until 1 May.

LEVC writes that “despite LEVC’s implementation of measures to minimise the impact of the Covid-19 epidemic/pandemic to maintain production and keep its offices and sites open, the situation has now escalated beyond control.” This also affects the company’s ability to place further orders or make payments.

In a statement, LEVC justified the procedure by saying that due to the temporary halt in production at the Coventry plant, suppliers had to be informed of the current situation. In other words: if the parts already delivered are not installed in vehicles, no new parts need be delivered.

The Geely subsidiary said of the immediate future: LEVC’s business plan for this year remains unchanged and the company is committed to a long term relationship with all of its business partners and looks forward to returning to full production of the TX electric taxi as soon as possible.”

In February just passed, the company announced it was intending to create 100 additional jobs in Anstry near Coventry in the course of production of the VN5 van. Pre-series production of the PHEV transporter has recently commenced, with series production scheduled to start in Anstry near Coventry in the 4th quarter of 2020. The company has big plans for the model: LEVC expects the van to account for around 70 per cent of the plant’s annual production capacity of 20,000 vehicles in total.

Opel Vivaro-e deliveries still on schedule for this year