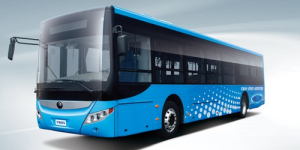 The public transport operator Keolis will replace 20 of the 70 buses in the Danish city of Odense with electric buses. The electric buses manufactured by Yutong are to be delivered next spring and integrated into regular service.

Odense is located on the central island of Funen and is Denmark’s third largest city with 200,000 inhabitants. Keolis has been operating the city’s bus network on behalf of the Danish transport authority Fynbus since 2015 – and up to now, the perspective is 2023. The electrification of the bus fleet is now taking place against the backdrop of a contract extension for another four years until 2027. According to this contract, Fynbus has made it a condition that 20 electric vehicles are included in the fleet.

Keolis, the current contract extension was worth 75 million euros. Among other things, the company agreed to test the electric buses before their introduction, train drivers and maintenance staff and install charging infrastructure in the depot. The public transport operator is currently gaining a great deal of experience in the integration of electric buses: after 2019, Keolis is operating 346 electric buses in the Netherlands and around 100 in Norway. In France, the company has introduced a hydrogen bus line in Pau and electric bus lines between Bayonne and Biarritz and in Amiens. In North America, Keolis is also involved in the deployment of electric buses, including in Greensboro (North Carolina), Foothill (Southern California) and Reno (Nevada). In Canada, the operator claims to be the largest operator of type C electric school buses.