But first to Regensburg: the electric vehicle will not be used by Infineon itself, but by logistics partner Kühne+Nagel. Framo’s 7.5-ton truck covers around 100 kilometres every day, stretched over four times a working day as the electric vehicle covers the distance between the plant premises and an external supply centre. With its 115.6 kWh battery, the Framo can travel around 115 kilometres, so the workload is well within reach.

Infineon uses the vehicle to transport packaging and materials, but also products. The external supply centre was only put in use at the end of 2019 following a capacity expansion at the plant.

In the announcement, Infineon calculates that the e-truck should save 60 to 100 per cent of the CO2 emissions of a comparable diesel truck. The range is so wide because the Framo is currently not yet charged with pure green electricity – which, according to the announcement by Kühne+Nagel, is planned. The electric truck alone should then save 18 tons of CO2 per year.

In Regensburg, the vehicles used in logistics are to be gradually converted to alternative energies – this will affect not only trucks but also forklifts. “At our Annual General Meeting in February, we set Infineon the goal of being CO2 neutral by 2030,” said Jochen Hanebeck, Chief Operations Officer on the Infineon Management Board. “There is no one big measure to achieve this, but many small steps. The conversion from diesel to electromobility for transport services in and around our plants is one such measure.” 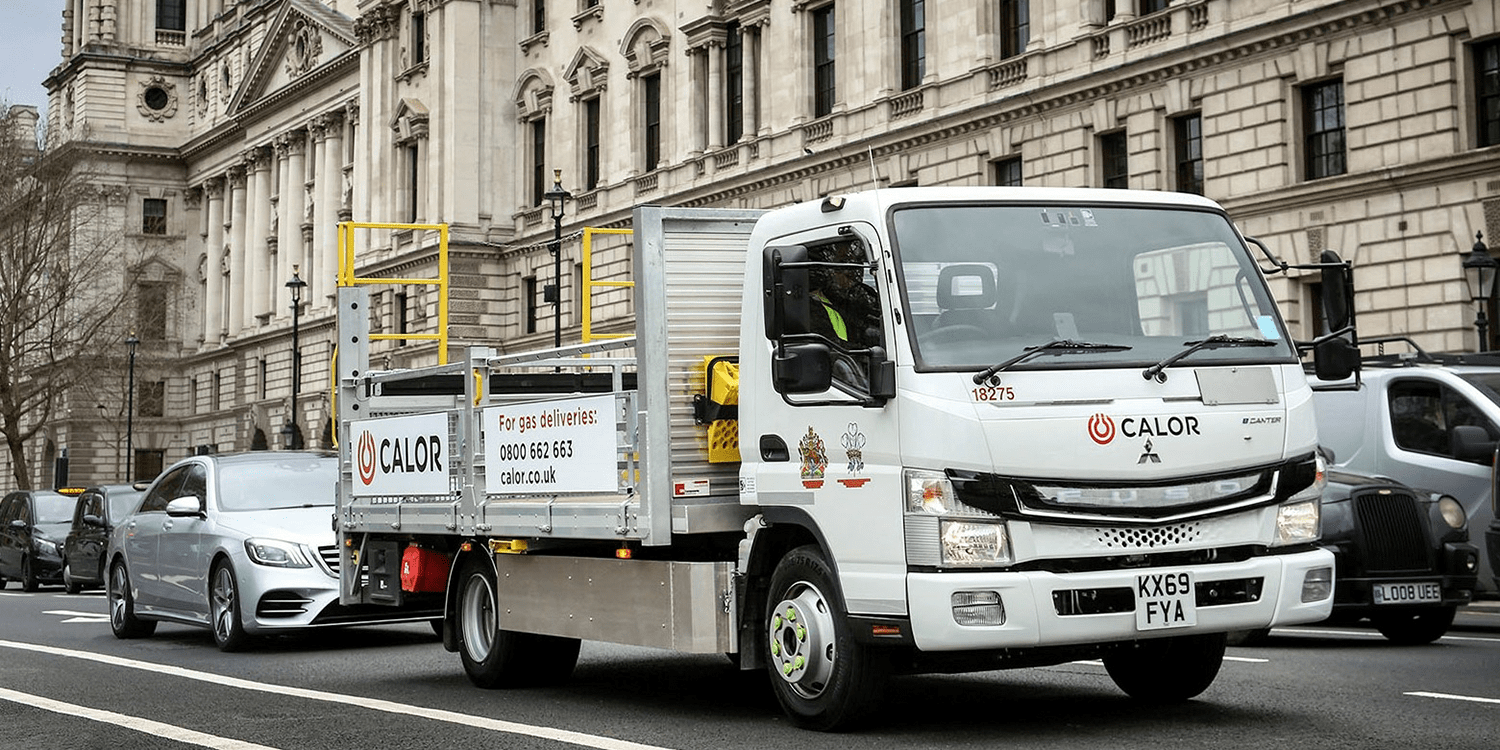 And now to the UK, where Calor, one of the largest gas suppliers in the UK, is also working on electrifying its delivery fleet. However, the company has opted for a different model. With a Fuso eCanter now delivered, Calor supplies butane and propane gas cylinders to customers in central London. The electric truck is mainly used in the Ultra Low Emission Zone in the City Centre.

The range of 100 kilometres is sufficient for the operation: According to a Daimler announcement, the truck covers about 50 kilometres on a typical delivery tour from Calor. The battery is charged at night at the depot. A total of 16 eCanter are already on the road in Great Britain, and according to Daimler, there are more than 150 units of the electric 7.5-tonne truck worldwide.

The eCanter is Daimler’s first all-electric light-duty truck from series production and runs under new product brand E-FUSO. Over the next few years, all of the company’s truck and bus models shall be available in an additional electric variant.