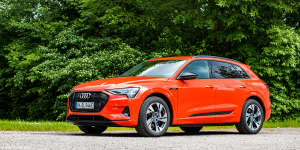 In Norway, 4,408 new electric cars were registered in July. Electric cars accounted for 45.1 per cent of new passenger car registrations. With 775 units, the Audi e-tron was the most popular model across all drive types.

The month before in June, marked 5,041 new registrations. July numbers were therefore slightly less with 4,408 electric passenger cars and 2,278 plug-in hybrids. The market share of semi-electric vehicles was 23.3 per cent. Compared to the same month last year, this segment even recorded an increase of 141.6 per cent. In addition, 811 hybrid cars were newly registered, marking a drop of 39.6 per cent compared to July 2019. Hybrid cars accounted for a market share of 8.3 per cent. 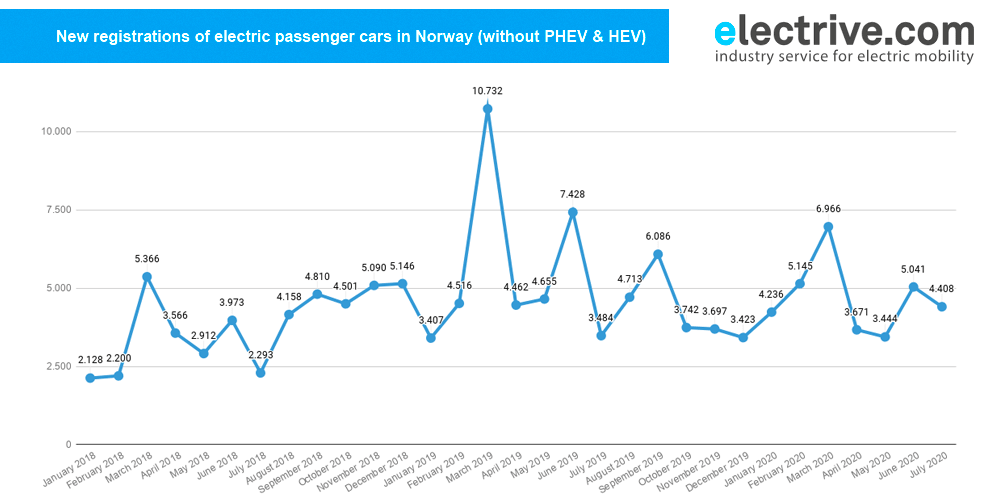 In terms of individual models, the Audi e-tron recorded the highest number of new registrations across all drive systems in July of this year. A total of 775 new electric cars were put on the road including the e-tron quattro and e-tron Sportback. The Mercedes-Benz EQC took second place with 698 new registrations, which is the strongest month for this model to date. A total of 1,542 new EQC models have been put on the road so far this year. By way of comparison: the Audi e-tron marked 6,393 units.

Toyota introduces Venza to the USA only as a hybrid