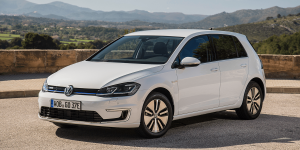 According to the Federal Motor Transport Authority (KBA), exactly 16,798 electric cars were newly registered in Germany in July – a new record. This was 8,679 more than in June (8,119). Compared to the same month last year, this segment recorded an increase of 181.7 per cent!

While electrified passenger cars all recorded an increase compared to the same month last year, the overall market declined by 5.4 per cent. Petrol cars suffered a drop of 20.3 percent and diesel cars a drop of 18.6 per cent.

In addition to the 16,798 electric cars, KBA received 52,488 registrations for hybrid cars in July, which represents an increase of 143.5 per cent compared to July 2019. Among the hybrids were also 19,119 plug-in hybrids. This segment surpassed the same month last year by a whole 484.7 per cent. 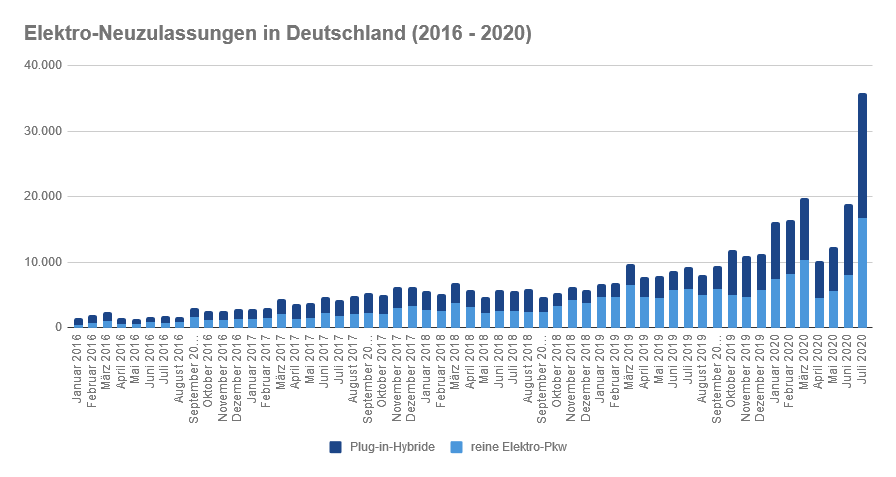 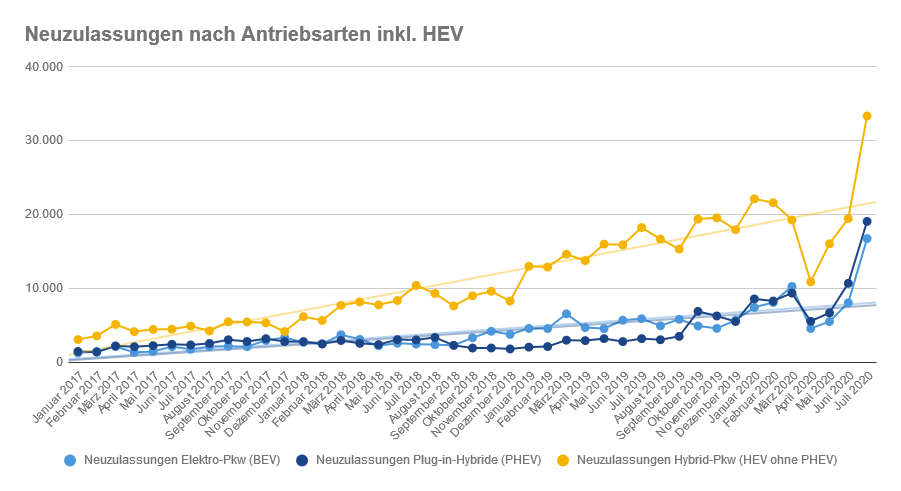 Exactly 2,851 Renault Zoe were newly registered in Germany in July of this year – more than in any other month so farr. This is followed by the VW e-Golf where a total of 2,633 of the model were newly registered. The Hyundai Kona Elektro follows quite a long way behind the e-Golf. For the South Korean model – that is now also produced in the Czech Republic – a total of 1,688 new registrations were received by the KBA last month.

The July figures certainly give an impression of the further development of new registrations this year. In terms of absolute figures, since the beginning of the year (61,105), purely electric cars have almost reached the total number of new registrations for the whole of 2019 (63,281). Plug-in hybrids have even already significantly exceeded the figure for last year as a whole (45,348) (68,390).