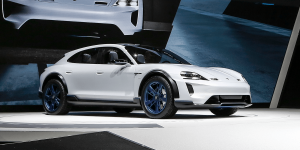 Porsche postpones the launch of the Cross Turismo, a roomier version of the all-electric Taycan, from the end of this year to early 2021. Financial news services cite Porsche CEO Oliver Blume saying the strong demand for the regular Taycan amid the pandemic had driven the decision.

The Cross Turismo version of the electric vehicle will debut in early 2021 instead of late this year, Blume told reporters earlier this week. He also reassured media that Porsche wouldn’t cancel any car projects as a result of the delays triggered by the Covid-19 pandemic so that all Taycan versions and the Macan go ahead as planned. The sportscar brand expects to sustain a double-digit profit margin this year.

“The change is no disadvantage for us; we just optimized the cycle plan,” Bloomberg quotes Blume. Porsche “looks to the future with confidence” because recovering demand in China helped the company generate more earnings than any other European automaker in the first half of the year.

Still, “the company has changed a lot during the coronavirus. It was important to focus on the essentials,” the executive said after unveiling an updated version of the Panamera model on Wednesday. The line now includes an additional PHEV version as reported.

For the Cross Turismo, Porsche had given the go-ahead for serial production already in 2018 reportedly. The 4.95 metre long EV with all-wheel drive is a combination of a station wagon, sports car and SUV or merely a more real-life version of the sporty Taycan.

Two electric motors power the Cross Turismo with a combined performance of 440 kW and Porsche claims a range of more than 500 km according to NEDC. The now typical 800-volt architecture enables high power charging the 90 kWh battery in about 15 minutes. Back at launch Porsche also said the electric car would be capable of wireless charging.

Porsche expects that about half of the international deliveries will be wholly or partly electric in 2025. Hybrids will probably account for roughly 10% of sales and purely battery-powered cars for 40%, Blume said.