The Canadian recycling company Li-Cycle is now giving details of its announced first battery recycling plant in the USA. The company will invest more than 175 million US dollars in this plant in Rochester, New York State.

Construction is scheduled to begin next year and to be completed in 2022. The capacity of the facility is expected to be sufficient to recycle the materials from approximately 120,000 e-car battery packs.

Governor Andrew M. Cuomo today announced that Li-Cycle Incorporated, a North America based lithium-ion battery resource recovery company, will further grow its operations in New York State. “This international partnership with Li-Cycle will foster the supply chain of lithium-ion batteries, which are in high demand, and will further expand the thriving energy storage industry in the region,” Governor Cuomo said.

Li-Cycle’s ‘Spoke’ and ‘Hub’ operations are meant to complement each other. The plan is to have several US-based Spokes that aggregate and refine spent, lithium-ion batteries. Rochester’s Li-Cycle Spoke, due to open in autumn this year, will be capable of shredding up to 5,000 t/yr of spent lithium-ion batteries. The idea is for the Hub operation in Rochester to receive battery materials from the Rochester Spoke and other similar operations across the US. 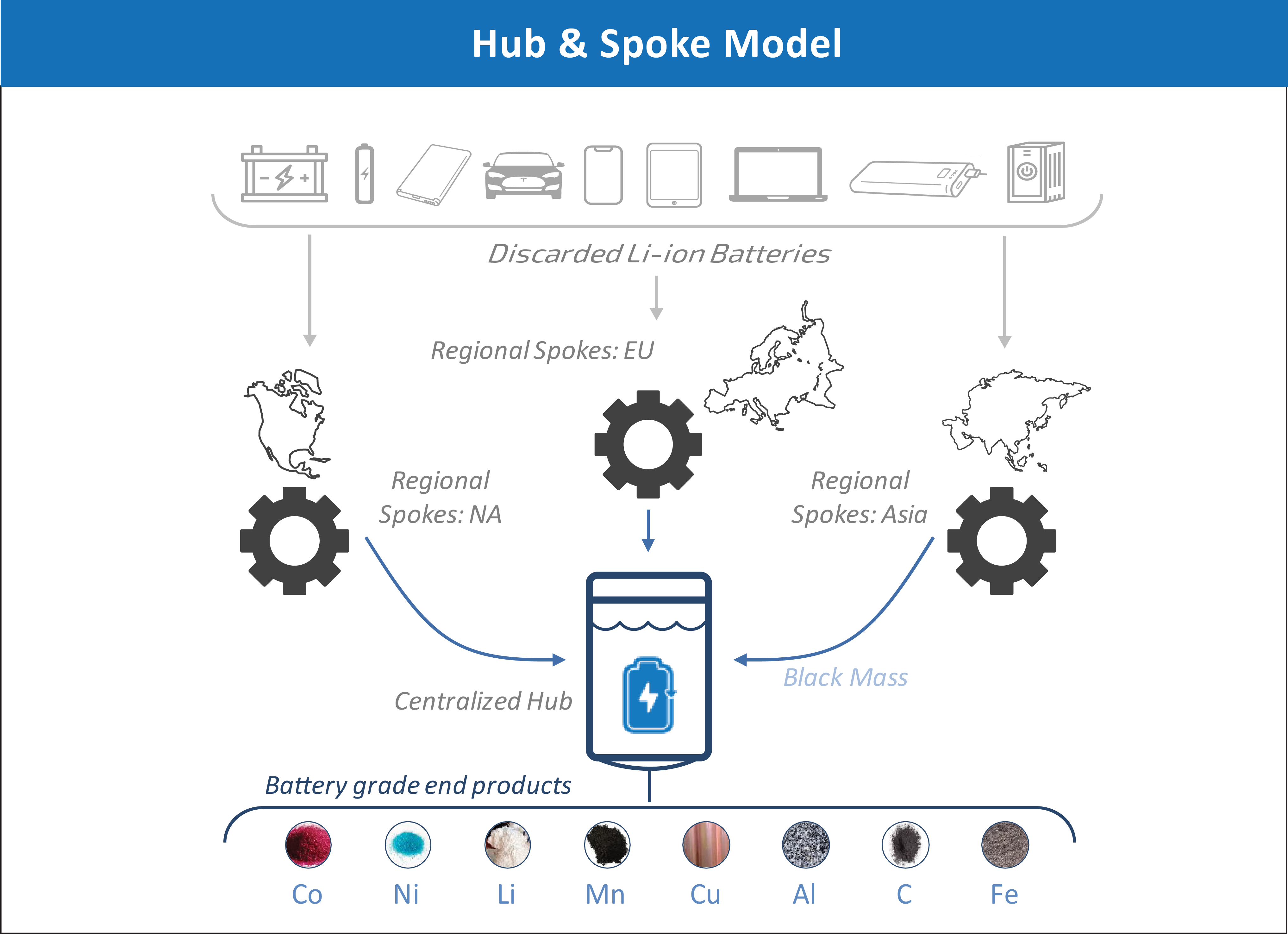 “We are excited to be able to announce Rochester as the location of Li-Cycle’s Hub refinery,” said Tim Johnston, Executive Chairman and Co-Founder of Li-Cycle. “This facility will enable sustainable closed loop production of critical materials for the battery industry, such as cobalt, nickel and lithium, right here in North America supporting the development of electric vehicles and other sustainable energy applications. We appreciate the continued support of the local community, government agencies and Kodak in the development of this project.”

Construction of the Hub facility is set to begin in 2021 and the facility is planned to be fully operational in 2022. Ajay Kochhar, CEO and Co-Founder of Li-Cycle. “Our team is very excited to be at the vanguard of one of the last and important segments of the electric vehicle and battery supply chains that requires significant development – specifically, how to sustainably handle the incoming ‘tsunami’ of spent lithium-ion batteries. We are playing a key role in ultimately reducing the cost of batteries and electric vehicles, thereby enabling the mass adoption of electrified transport. ”

Founded in 2016 in Ontario, Canada, Li-Cycle has developed and validated a process that allows the company to recover 80 to 100% of all materials found in lithium-ion batteries. Li-Cycle ensures that it maintains no wastewater discharge in alignment with the company’s zero-waste philosophy.