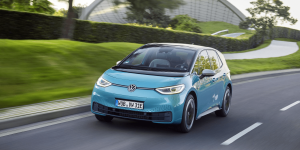 In Norway, 9,560 new electric cars were registered in September, therefore accounting for 61.5 per cent of all new passenger car registrations. With 1,989 units, the VW ID.3 was the most popular model across all drive types.

With 48,175 electric cars registered since the beginning of the year, the Norwegian electric car market is only slightly below the same period last year (49,483) thanks to a strong September this year.

In addition to the 9,560 electric passenger cars – 5,704 new registrations in August – 3,129 plug-in hybrids were added to the plug-in vehicle registrations in Norway. The market share of PHEVs in September was 20.1 per cent. Compared to the same month last year, this segment recorded a plus of 174.7 per cent. Also, 1,130 hybrid cars were newly registered – a drop of 19.5 per cent compared to September 2019. Hybrid cars accounted for a market share of 7.3 per cent. 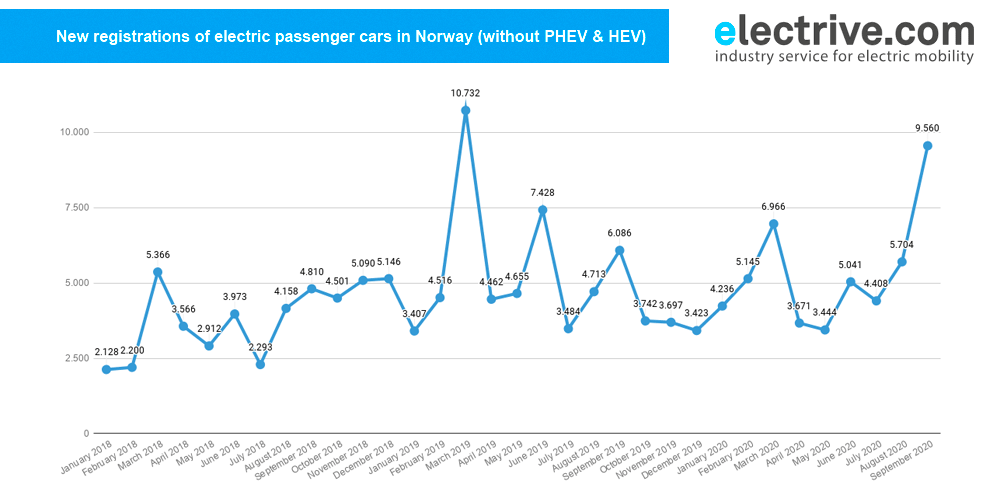 When looking at the bestselling models, the VW ID.3 – deliveries have of course just begun – recorded the highest number of new registrations across all drive systems in September this year with a total of 1,989 units sold.

In second place came the Tesla Model 3 with a total of 1,116 new registrations. A huge jump from August when there were just 264 units. In third place is Polestar 2. As with the ID.3, the Volvo brand only started deliveries of their first electric car recently.

Both models may only catch up. Looking at the first nine months of the year so far, the Audi e-tron, Volkswagen e-Golf and Hyundai Kona comprise the top three in electric vehicle sales.