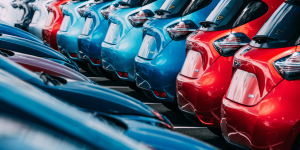 According to the Federal Motor Transport Authority (KBA), 21,188 electric cars were newly registered in Germany in September, which marks a new record. This was 5,112 more than in August (16,076). Electric cars and plug-in hybrids together reached a market share of around 15% for the first time.

Compared to the same month last year, the EV segment recorded an increase of no less than 260.3 per cent. For all-electric cars, sales count a total of 98,369 new EVs from January to September.

In addition to the 21,188 electric cars, KBA received 54,036 registrations for hybrid cars in September, representing an increase of 185.2 per cent compared to September 2019. Among the hybrids were also 20,127 plug-in hybrids. This segment surpassed the same month last year by a whole 463.5 per cent.

In terms of market share, all-electric passenger cars in Germany reached 8 per cent in September, compared with 6.4 per cent in August. The share of hybrid cars was 20.4 per cent (including PHEVs). Plug-in hybrids by themselves came to 7.6 per cent.

The market share of electric vehicles (BEV, PHEV) could then rise to 10.7 per cent, the Electromobility Report 2020 from the Center of Automotive Management (CAM) in Bergisch Gladbach, estimates.

“The year 2020 marks a turning point in the era of electromobility, with new vehicle registrations in double figures for the first time. The German government’s innovation premium, which has increased the price competitiveness of e-vehicles and also raised the acceptance of e-mobility, is a major factor in this development. One challenge for the acceptance of electric vehicles in the medium term remains the establishment of the charging infrastructure, which still has significant potential for improvement in terms of supply density as well as actual availability and reliability,” says Prof. Dr Stefan Bratzel from CAM.

Precisely 3,603 Renault Zoe were newly registered in Germany in September. The French company thus secured first place last month. The Tesla Model 3 followed at some distance with 2,776 of the Californian model newly registered in September. Third place went to the home-made Volkswagen ID.3 with 1,771 new registrations, whose deliveries, it should be noted, only started last month.

In terms of total registrations this year, the Renault Zoe is also in the lead with 15,730 units sold across Germany. The VW e-Golf with 12,545 registrations in 2020 so far comes in second among the best-selling electric cars. In third place was the Model 3 with 10,121 new registrations.