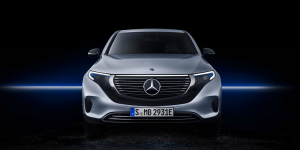 Mercedes-Benz India has opened sales for the all-electric SUV, EQC. The branch heralds the introduction as the era of “sustainable luxury”. Affordability is another matter though as the “introductory offer” is much higher than in other markets.

Pricing now released for the Mercedes EQS is 99.30 lakh in India. At the current rate, this equates about 107,000 euros, so the e-SUV cost Indian buyers almost double than what client pay in other markets. In the UK, for example, the electric Mercedes starts at £65,640 for the most basic EQC. The most expensive variant, the EQC AMG Line Premium Plus, costs £74,530. In the rest of Europe, base pricing ranges around 60,000 euros.

The high price is due to the extremely high import taxes when it comes to foreign cars in India, which make Mercedes’ positioning as “luxury” for the otherwise more conventional EQC in the growing Daimler range of EVs almost a necessity. Martin Schwenk, Managing Director & CEO, commented at the EQC launch that Mercedes was “glad to pioneer a new segment in India, that of the Luxury EV.”

Indeed the Mercedes-Benz EQC faces no competition in its segment since there is no luxury electric car available. It is likely the market in India at this price point is limited, and Mercedes opted for a gradual roll-out. Phase I of sales comprises 13 locations in six cities including Delhi, Mumbai, Pune, Bangalore, Hyderabad, and Chennai. Sales personnel is on the ground, but the company also enabled online purchases.

Concerning the infrastructure or lack thereof in the country, Mercedes-Benz India emphasises they installed 100+ charging points in 48 cities across the country which are equipped with wall box charging facility.

The Mercedes-Benz EQC is the first product under the Mercedes-Benz EQ brand. As in other markets, the electric SUV carries an 80 kWh battery for a range of 445 – 471 km and the EQC recuperates. The drive utilised in India is all-wheel with 300 kW output.

Sales are now open through Mercedes-Benz India. In other markets, the EQC has been available to buy since May 2019 as reported.

Only since on-sale, the road has not been without turns. Earlier this year a report in Manager Magazine declared a battery scarcity that allegedly affected the EQC availability. Mercedes-Benz denied such reports and a spokeswoman told electrive at the time: “The production planning for 2020 has not been withdrawn. We are still planning to have around 50,000 EQC units in production for this year and have purchased cells from various suppliers accordingly.”

It just remains to be seen if they sell.