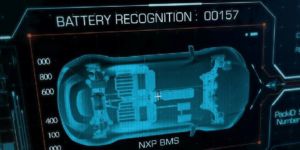 The Dutch semiconductor manufacturer NXP has announced a major order from Volkswagen. As the Dutch company has now announced, it is the sole supplier of the battery management systems for Volkswagen’s MEB platform – for millions of vehicles.

Volkswagen is relying on an NXP battery management system for all of the electric cars based on its MEB platform. “Our battery management system will be used in all Volkswagen Group vehicles based on the MEB platform,” said NXP CEO Kurt Sievers at the start of the annual NXP developer conference. The supply relationship has already started with the ID.3.

NXP has not disclosed the agreed volumes and the term of the agreement but Volkswagen’s goals with the MEB platform are well known:  1.5 million vehicles per year are to be produced worldwide in 2025 on the basis of the electric kit. By 2028 the Volkswagen brand alone wants to have sold 15 million MEB electric cars. Added to this are the vehicles of the group brands Skoda, Cupra or Audi.

According to Sievers, the BMS allows the battery’s potential to be fully exploited, the range to be optimised and the service life of the battery to be maximised. In addition, the system can be scaled across a wide range of vehicle models. In announcing the deal, NXP talks about meeting the different customer expectations of drivers of various electric models, such including “compact car, the groundbreaking ID.3, a plug-in hybrid, or a luxury electric vehicle like the ID.4, Audi e-Tron or Porsche Taycan”.

“Volkswagen offers its customers rich options for the coming age of electrification,” says Lars Reger, CTO at NXP. “We are proud to offer precision system-level solutions that scale across models, making it easy to design-in while offering the highest levels of safety.”

NXP is another key system supplier for the MEB platform. In August, Continental’s drives division, Vitesco Technologies, announced that it had developed the drive controller for the MEB and was the sole supplier of the component. The drive control unit performs some of the key functions of the e-drive. Among other things, it activates the electric motor and “coordinates all commands that are triggered by the accelerator pedal”.