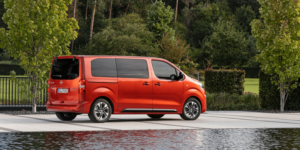 When Opel presented the next steps of its electric offensive a good year ago, it had already emphasised the key role that the Zafira Life will play in future development. The company based in Rüsselsheim wants to develop a fuel cell car based on the MPV. Opel has not yet communicated technical data on the vehicle, but according to Frankfurter Allgemeine Zeitung the development is now so far advanced that road tests can be realized next year.

Opel is responsible for fuel cell development within the PSA group. In Rüsselsheim the company operates a competence centre called Hydrogen & Fuel Cells at its headquarters. In its current work on a new FC drive for the Zafira Life, the carmaker can build on many years of experience in the development of this technology under its former parent company GM. Opel already maintained an Alternative Propulsion Center in Mainz-Kastel from 1997 to 2012. In 2000, Opel’s first fuel cell vehicle based on the first Zafira generation was developed there in cooperation with GM, HydroGen1.

Just over two years later, Opel presented the successor model HydroGen3. In this model, the FC drive could be integrated into the vehicle with the same subframe as conventional engines. Opel also installed a 700 bar compressed hydrogen storage tank. The next generation finally followed with the HydroGen4, whose stack of 440 individual cells delivered a constant output of 93 kW. In combination with an installed 700 bar tank with 4.2 kilograms of H2 storage capacity, it gave the vehicle a range of up to 420 kilometres. Starting in 2008, 30 Opel HydroGen4 vehicles were operated under GM roof as part of a demonstration program of the German government.

Opel wants to make it back into the profit zone with its electrification strategy and to electrify all model series by 2024. The traditional brand is focusing on the electrification of its vans – whether for transporting goods or passengers.

In an interview with the Frankfurter Allgemeine Zeitung newspaper, Michael Lohscheller emphasised that Opel is “absolutely capable of delivering” its electric models. One sees a particularly strong order intake for the electrified models. Opel is increasing the volume from month to month. “In large markets, the E version of the Corsa accounts for around 30 per cent”.

Although hydrogen fuel cell is finding increasing application for heavy-duty and long-haul vehicles rather than smaller vehicles, shuttle buses and passenger vans have also seen the increased application of hydrogen fuel cell technology. Among others, Chinese manufacturer SAIC has announced that it will bring at least ten fuel cell vehicles to market within the next five years and appears to be focussing on smaller passenger vans as well as commercial vehicles.