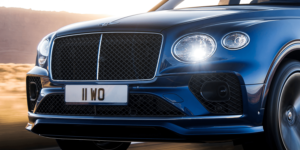 Volkswagen reportedly wants to put Bentley under the control of its subsidiary Audi, headed by Markus Duesmann, from mid-2021. An important role in this is to be played by Audi’s flagship electric project Artemis, which could form the basis for a luxury e-SUV for the British brand.

The German publication Automobilwoche reported the news citing sources from industry insiders. The restructuring at Bentley is part of the streamlining of the brand portfolio initiated by Volkswagen Group CEO Herbert Diess. In order to be able to concentrate fully on the change to electromobility, Diess wants to part with niche brands, as reported. The sales plans are apparently most advanced at Bugatti, while talks with the Croatian start-up Rimac are nearing completion.

When Diess took over the chairmanship of the group board of directors in 2018, the brand logic of the VW group had already been revised. The luxury brand group was formed by Audi and its subsidiaries Lamborghini and Ducati –both brands are now considered potential cut-aways. The search for a buyer for the Ducati motorcycle brand is to begin soon, and an IPO for Lamborghini is being prepared.

Bentley was added to the brand group in 2018 under the leadership of Porsche CEO Oliver Blume. Blume, who in addition to Porsche is also responsible for group-wide production, is said to have pursued his task at Bentley “only half-heartedly” according to the circles quoted by Automobilwoche. If Bugatti is sold and the luxury brand Bentley is sold to Audi, Porsche would be alone in the luxury brand group.

Diess now apparently hopes that the proximity to Audi will provide new impetus for the brand most likely also in the direction of electromobility. According to earlier reports, Audi’s Artemis project is should produce a luxurious electric sedan that could even be positioned above the top A8 combustion engine model. A technical platform that other brands could possibly jump on – a report in August already mentioned Bentley as a possible partner in addition to Porsche.

At the same time, it is also possible that Bentley could become involved in the electrical project. In a research project scheduled to run for three years, the British company is developing an integrated e-axle, which on the one hand is to do without rare earth magnets and on the other hand is to offer “unique integration levels and revolutionary performance features”.