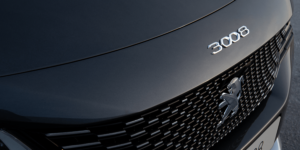 Peugeot plans to launch the all-electric e-3008 in autumn 2023. The electric SUV will sit on the new all-electric platform eVMP and feature battery cells from Automotive Cell Company (ACC), the joint venture from Total and PSA subsidiaries Saft and Opel.

The French news outlet L’Argus reported the plans, quoting Yann Vincent, the Managing Director at Automotive Cells Company. Vincent told the news site that the eVMP platform, announced for the first time this summer, will be equipped with ACC batteries made in Douvrin in northern France. Vincent said that PSA will only buy from ACC “if the cells produced are priced correctly and are competitive in terms of performance”. It is also clear that the battery cells will only be available in initially limited quantities from the end of 2023 or the beginning of 2024.

PSA, therefore, seem to rely on cells from BYD as a plan B. L’Argus refers to insiders who say that BYD will definitely supply the cells for the Chinese version of the e-3008, and possibly also for the cells produced in Sochaux, France.

Either way, ACC battery cells will be on board the new generations of Opel Grandland X, Citroën C5 Aircross and DS 7 Crossback from 2023 at the latest. There has also recently been speculation about a purely electric successor to the Opel Monza based on eVMP.


According to the PSA Group, they will bundle the ACC cells into batteries with a capacity of 60 to 100 kWh, which should enable ranges of between 400 and 650 kilometres. According to Vincent, they will use classic NMC cell chemistry but with a low cobalt content. He promises: “Our new cells, which will be validated in 2021, will have a higher energy density”.

The French company is currently in the process of setting up a pilot line for cell production in southwest France. This is basically only the precursor for series cell production, which is then planned in Douvrin in northern France and in Kaiserslautern in Germany at Opel. Series production is scheduled to start in 2023 in France and 2024 in Germany. Initially, PSA plans a production capacity of eight GWh, later up to 24 GWh.

PSA can benefit from the short delivery distances enabled by the plants’ locations. The timetable for completion of the new eVMP (Electric Vehicle Modular Platform) fits perfectly. With the pure electric car platform, announced when the French car group presented its half-yearly figures, PSA is deviating from its previous multi-energy strategy. The eVMP is designed for front-wheel and four-wheel drive vehicles with up to 250 kW power.

Until now, PSA has produced its electrified models exclusively on the basis of the CMP (for smaller vehicles) and EMP2 (C and D segment) combustion platforms. Since all vehicles can be produced on one line, regardless of the type of drive, PSA boss Carlos Tavares expected the greatest possible flexibility in the drive mix at the lowest cost.