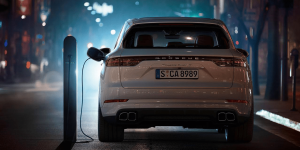 Porsche and the Spanish energy supplier Iberdrola have announced the construction of 35 HPC parks with six to eight charging points each in Spain. Twenty sites are expected to be put into operation next year, with the remaining 15 charging parks to follow in 2022.

“At Porsche we are once again demonstrating our commitment to electric mobility,” says Tomás Villén, Managing Director of Porsche Ibérica. “We want to lead this transition process, contributing directly to the development of infrastructures. A few years ago, we reached an agreement with other manufacturers to set up Ionity, the largest European fast-charging network, which is growing every year. Now, as a result of this collaboration with Iberdrola, we are going to provide Spain’s main inter-city roads with enough charging points to ensure that long-distance trips are not an inconvenience in an electric car.”

Energy supplier Iberdrola has ambitious charging infrastructure plans. In the spring, the company announced that it intends to invest 150 million euros over the next five years in the installation of 150,000 charging points in households, companies, cities and along highways and country roads. The roadmap also envisages the installation of charging stations in Portugal, Italy and the UK. However, the majority of electric car chargers are to be built in Spain.

Prior to the current cooperation agreement with Porsche, Iberdrola has already entered into several partnerships in the mobility market in view of its ambitious plans. For example, on behalf of Mercedes-Benz, the utility will supply and install charging stations for all private and commercial buyers of EQ models in Spain and supply them with green electricity. At the same time, the company is pushing ahead with equipping filling stations with charging points under agreements with Avia, Ballenoil and Valcarcel. Other projects are in progress with companies such as Ikea, McDonald’s, Telefonica, REE and Auchán. Iberdrola will also develop e-mobility services for Renault’s electric car-sharing Zity and Ferrovial. Finally, this year the company has opened a charging park at the IFEMA exhibition centre in Madrid. There, 34 electric cars can be charged simultaneously.

Meanwhile, Iberdrola is also the first Spanish company to join the Climate Group’s EV100 initiative and has committed to electrifying its entire fleet. In addition, employees at the sites in Spain and the United Kingdom will be able to charge their cars at work.