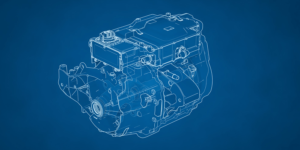 Volvo Cars has just announced that it will assemble electric motors at its engine plant in Skövde, Sweden. The Geely-owned Swedish company aims to establish a complete in-house production of electric motors at the plant by the middle of this decade.

Volvo says that 700 million Swedish kroner (around 68 million euros) will be invested for this purpose over the next few years. The company’s electric motors are being developed in Gothenburg, Sweden, and Shanghai, China, where Volvo Cars opened a new laboratory for electric motors in November.

Volvo itself first announced in 2017 that it no longer wanted to sell pure combustion engines meaning that motors must at least a mild hybrid. In addition, the Swedish company’s goal is that by 2025, half of global sales will be battery electric vehicles, with hybrids accounting for the other half. A completely new generation of combustion engines will no longer be developed.

With the now announced investments in Skövde, Volvo also wants to prepare production for this change. “The very first Volvo from 1927 was powered by an engine built in Skövde,” says Javier Varela, Senior Vice President Industrial Operations and Quality. The decision to produce electric motors at the plant in the future ensures that the location is also part of the company’s future.

This does not apply to internal combustion engines, even though, conversely, half of all Volvo vehicles will still have such an engine in 2025. The production of combustion engines at the Skövde plant will be transferred to a separate Volvo Cars subsidiary called Powertrain Engineering Sweden (PES), which will be merged with Geely’s combustion engine business.