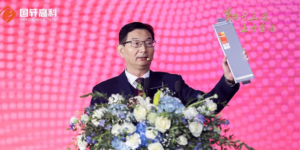 Volkswagen’s battery partner in China, Guoxuan High-Tech, has presented a new battery cell with LFP chemistry with an energy density of 210 Wh/kg. As early as next year, the company, usually known as Gotion High-Tech, wants to achieve 260 Wh/kg.

This is in line with earlier ambitions of Gotion High-Tech as they reportedly want to reach the 260 Wh/kg mark for cobalt-free LFP cells and 350 Wh/kg for NCM cells by 2022. These values are for the cell level, not the gravimetric energy density in the ready-to-install battery pack. For said battery pack the overall value is lower as InsideEVs estimates that it could reach “around 180 Wh/kg”.

Nevertheless, an energy density of over 200 Wh/kg at cell level could address one of the disadvantages of LFP cells in electric cars – to get to the same energy content as an NCM cell, LFP batteries were significantly heavier. At the current development stage, LFP cells are on par with NCM523 cells, and with 160 Wh/kg in sight for 2022, LFP cells could overtake NCM622 cells.

According to media reports, the cell is supposed to have an energy content of 176 Wh and weigh 830 grams. The cell voltage is 3.2 volts. The cathode capacity has been officially confirmed, which is stated to be 150 mAh/g in the company’s announcement.

VW partner Gotion claims to have achieved the higher energy density through a new silicon-based anode material, called pre-lithiation technology, and a high-performance LFP cathode for its pouch cells. According to InsideEVs, mass production is expected to start in late 2021 or early 2022.

Volkswagen has reportedly been the largest shareholder in Gotion since June 2020, with a 26 per cent stake. According to data from the Chinese Twitter user Moneyball, the company has a production capacity of 3.3 GWh in China. In the short term, it plans to expand to 13 GWh, and later to 28 GWh. By 2023, it should already be 80 GWh.