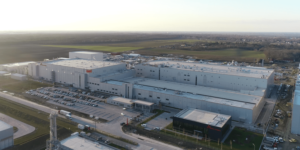 SK Innovation has decided to build a third battery cell factory in Europe. Like the first two European production facilities for battery cells, the Korean company will set up shop in Hungary, specifically in Iváncsa, 50 kilometres southwest of Budapest.

The new plant will have an annual production capacity of 30 GWh, which, according to SK Innovation, will allow the supply of batteries for approximately 430,000 electric cars per year. Construction on a 70-hectare site in Iváncsa is scheduled to start in the third quarter of this year, but the plant will not be completed until 2028, by which time SKI expects to have invested the equivalent of almost 1.9 billion euros.

The third Hungarian plant will be considerably larger than the two production facilities located in Komárom in the Hungarian-Slovakian border region. One plant with a production capacity of 7.5 GWh is in operation there, the second with a planned 9.8 GWh is still under construction. It is unclear whether the South Korean company’s original plan to complete the factory in 2021 and start delivering cells to European car manufacturers on a large scale from 2022 can be kept in view of the health crisis. 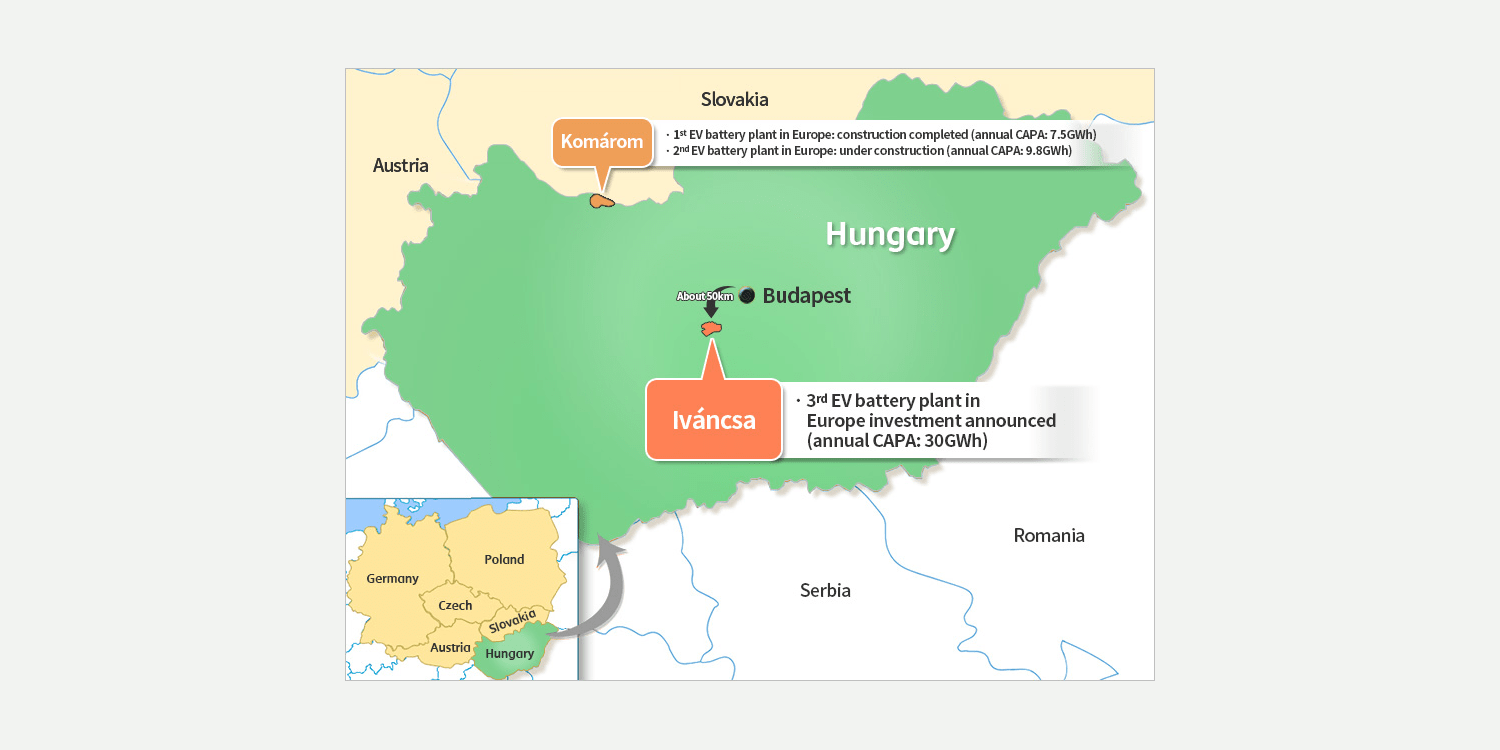 In a recent statement, SKI stressed that it intends to increase its global production capacity to at least 125 GWh per year by 2025 and to “further secure” its production base in Europe given the important automotive market located there. The company says it expects battery demand in European markets to increase from 41 GWh to 256 GWh by 2025. With the three battery cell factories in Hungary, SKI is thus laying claim to a large piece of this pie. The group has already signed long-term supply contracts with European car manufacturers. VW, for example, chose the South Korean company as one of its cell suppliers in 2018.

Meanwhile, SK Innovation announced the prospect of new battery cells only a few weeks ago that would enable electric cars to cover a distance of 500 miles or 800 kilometres with two ten-minute quick-charge stops each. The South Korean manufacturer is also said to be close to a cathode production with higher nickel content.