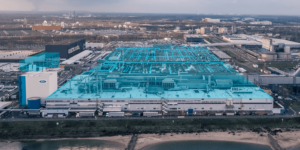 Ford has now officially announced that it will manufacture its first electric model produced in Europe in Cologne from 2023. The carmaker thus confirmed corresponding rumours. Ford has not yet given any further details on the model in question.

According to Ford, it wants to invest around one billion US dollars (828 million euros at the current exchange rate) to make the plant in Cologne fit for the production of electric cars. The carmaker also said it is already considering producing a second electric model in Cologne in the future.

“Our announcement today to transform our Cologne facility, the home of our operations in Germany for 90 years, is one of the most significant Ford has made in over a generation,” said Stuart Rowley, Ford’s European chief executive. “It underlines our commitment to Europe and a modern future with electric vehicles at the heart of our strategy for growth.” Martin Hennig, Chairman of the General Works Council of Ford-Werke GmbH, adds: “It offers our employees a long-term perspective while encouraging them to help shape this electric future.” 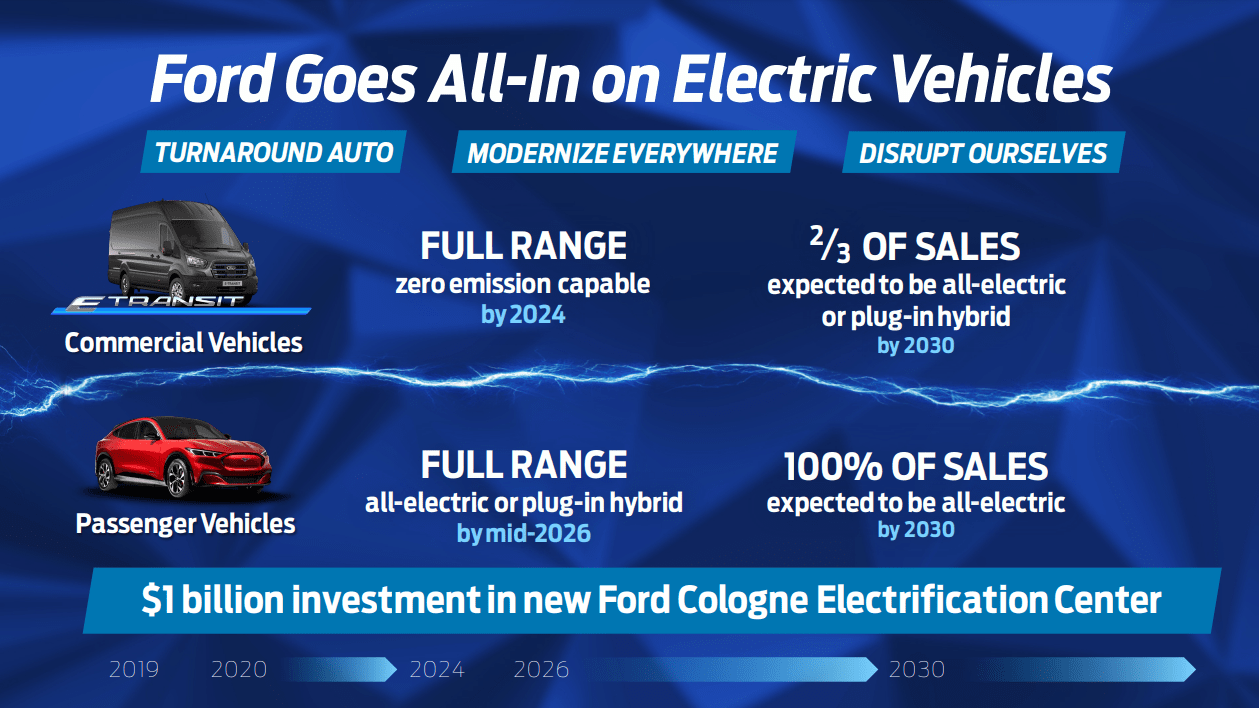 Up to now, Ford has been building the Fiesta in Cologne. Therefore, it has been speculated that the MEB-based Ford vehicle could also be a small or compact car. Further details are expected soon, for example regarding production capacities, the effects on employment at the location and, of course, the planned model itself.

In June 2020, Ford and Volkswagen signed the contracts for their global alliance in the fields of electrification, light commercial vehicles and autonomous driving, paving the way for a Ford electric vehicle based on the MEB. The plan is to bring the MEB battery-electric car to market in 2023. The American company expects to deliver more than 600,000 units of the model within several years, which is to “combine a generous amount of space with the advantages of electric drive”.


Several electric models from Cologne and the other European Ford plants (such as Saarlouis, Craiova in Romania and plants in Spain) could soon be necessary or even commonplace. This is because the carmaker also announced that its passenger car range in Europe will be completely converted to electric and plug-in hybrid drives by mid-2026 – or “zero-emissions-capable”, as Ford puts it. From 2030, all of Ford’s new passenger cars in Europe are to be purely electric. This announcement also fits with earlier reports: As also reported by Automobilwoche last week, Ford is said to have cancelled several hybrid models in its model planning in favour of electric cars.

So far, Ford is building the Mustang Mach-E electric SUV in Mexico and expanding its Michigan plant to produce an electric F-150 from 2022, while Missouri will build the E-Transit from late 2021 (for Europe, the E-Transit will be assembled in Turkey). In addition, two plants in Canada will be retooled, where, among other things, electric SUVs for the noble Lincoln brand are to be built from 2024 – but under Ford’s own management, not together with Rivian as announced under Ford CEO Jim Farley’s predecessor Hackett. In addition, Ford announced a few days ago that the Mustang Mach-E will also be built in China for the local market.

Ford had announced at the beginning of February that it would double its investments in eMobility by 2025 to at least 22 billion US dollars.