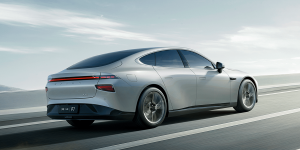 In a draft press release seen by electrive, Xpeng announces they were launching new versions of the P7 sedan and G3 SUV with LFP batteries. The new versions with lithium iron phosphate cells will be available for the rear-wheel-drive P7 sports sedan first, effectively driving down the 700 km long-range to 480 kilometres. The company tells us that the new capacity will stand at 60.2 kWh, the current RWD Long Range powerpack holds 70.8 kWh.

The company reasons that this lower range will correspond to lower pricing but declined to comment on a final figure. They did figure in Tesla in their answer, saying that when Tesla announced the LFP battery version, the price was RMB20,000 lower than the original version. That is equivalent to about 2,600 euros.

Since last year, the Tesla Model 3 in China and BYD Han and the new BYD Tang for Norway have been using CTP-LFP batteries, and not always without issues. It remains to be seen how Xpeng will take to the challenge, especially in light of a facelift for their prime model coming in. The new P7 will be about 20% heavier, according to information by China’s MIIT and Morgan Stanley and feature a new powertrain design. How Xpeng balances battery capacity and vehicle performance is another open question, write the consultants.

When asked about the reasoning, Xpeng says it echoes actual driving behaviour apart from pricing and availability. Many consumers in China normally drive about 20km per day with a weekly range requirement of about 200-300km, says Xpeng. These customers demand that the 480km driving range will address “very well,” writes the company. They add that they target “tech-savvy” consumers who are not necessarily looking for range alone. Those who do may still opt for NMC cells regardless.

For the smaller G3, Xpeng is also planning the LFP cell option. Based on the original G3 460i version, the new version has the same driving range with low-drag wheels, the company claims. Both versions will first come to market in China.

Xpeng buys all cells from CATL, and the move to their CTP-LFP cells mirrors an industry trend. LFP batteries are more stable and also more resistant to “thermal runaway” in accidents. Most importantly, they are cobalt-free, making them cheaper than NMC cathodes using nickel, manganese and cobalt. Cobalt remains one of the most expensive metals in battery production.

Over to Europe, where the company has been active in Norway, offering the G3 there since December. Plans for European expansion have also made headlines repeatedly. Brian Gu even envisioned a plant on the continent, but concrete details have yet to surface. Their statement said their plans were “long-term” and that execution was well underway.

February’s total included 1,409 P7 and 814 G3, and Xpeng says they are witnessing robust customer demand as sales and delivery activities resumed after the holiday.

A company spokesperson reckoned that there would be just over 300 G3s with Norwegian customers by the time the second batch arrives. He also confirmed the P7 would follow G3 to Europe later this year, however with current NMC technology only for the “foreseeable future,” he added.

In China, the new Xpeng will start delivering electric cars with LFP batteries in the second quarter of this year. The NCM battery versions remain available as well.

Volvo to become all-electric carmaker in 2030