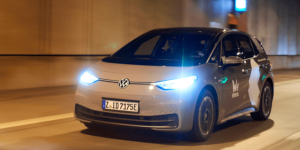 UBS analysts have disassembled a VW ID.3 and come to the conclusion that the MEB platform is “fully competitive” with Tesla in terms of cost. VW achieves “first-class energy density, efficiency and scalability”. That being said, when it comes to the battery and its costs, Tesla remains ahead.

According to the UBS experts, VW has a cost disadvantage of 1,300 US dollars per car (currently 1,078 euros) compared to Tesla when it comes to batteries and it is “unlikely” that this gap can be closed in view of Tesla’s vertical integration and innovative strength. For the disassembly of the ID.3 and the subsequent analysis, the major Swiss bank worked with the electric car experts of the P3 Group.

In terms of the costs for the production of the vehicles and the important margin in sales, VW could reach parity by 2025, according to the analysis. In other words from then on, VW would earn as much on the sale of an ID.3 as on a Golf.

VW’s software platform and ecosystem are top-notch compared to most classic OEMs, but are “years behind Tesla”. The LG battery cells used in the VW ID.3 cost around $100 per kilowatt-hour (€83/kWh), putting them in the top 3 worldwide, along with CATL and Tesla.

Although an ID.3 was disassembled for the analysis, UBS says it expects to be able to transfer the results to other vehicles based on the MEB. Since a Model 3 was already disassembled two years ago, UBS considers its figures on the price difference for the batteries to be reliable. Based on this experience, the experts dare to predict that the advantage in battery costs with the structural battery packs in the Model Y with the 4680 cells could bring Tesla’s cost advantage back up to 2,000 dollars (1,659 euros) per vehicle.


Semiconductors worth 566 dollars or 470 euros are installed in the ID.3. This confirms UBS’ view that the share of semiconductors in cars will double by 2030. The teardown showed that VW had made a big step in the centralisation of IT hardware, but in the software itself, there were still no big differences to other classic OEMs. Many manufacturers have greatly increased their software and digitalisation efforts, but it remains to be seen whether the strategies will be successful, UBS said.

Overall, analysts see tech groups and pure electric car makers potentially in a better position to lead in innovation – in terms of vehicles, but also organisation, culture, access to capital and attracting young talent. However, in order to achieve the economies of scale that are important in production and lots of data to validate new algorithms, fleet size is an important factor that plays into the hands of traditional carmakers, he said.

Volkswagen itself, meanwhile, announced that all new ID.3 and ID.4 in Europe will be updated “over the air” with immediate effect. The software version ID.2.1, which makes this possible, is now on board all ID. models produced since calendar week 8. From the summer onwards, Volkswagen will provide owners of ID. cars with an update every three months. Customers who have already received an ID. vehicle will now also be provided with the new software successively. However, they will have to visit their dealer once for this.