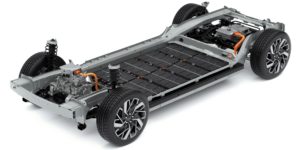 Vitesco Technologies has received an important order for its 800-volt components. For the first time, Continental’s drive division is supplying 800-volt inverters with silicon carbide technology in significant quantities to Hyundai.

According to Vitesco, the major order from the Korean company has a sales volume in the three-digit million euro range. Hyundai and Kia want to bring 800-volt technology to the mass market with the E-GMP. The first vehicles announced are the Hyundai Ioniq 5 and the Kia EV6. There are no prices yet for the Kia model. For the Ioniq 5, the base price before promotion is 41,900 euros.

“This partnership demonstrates once again that Vitesco Technologies meets the highest requirements with innovative key components for electric vehicles,” says Thomas Stierle, head of the Electrification Technology business unit. “In this way, our company is contributing toward making the electric mobility of the future even more efficient, convenient and thus also more sustainable.”

Vitesco also says it feels vindicated in its previous strategy by the major order. The company is pushing the development and optimisation of further central components for electric vehicles based on 800-volt systems from DC/DC converters to battery management and charging systems.

The partners expect several advantages for electric car drivers from 800-volt technology. For example, the doubled voltage significantly shortens the charging time of the battery. Depending on the capacity, the battery can be charged to 80 per cent in less than twenty minutes. In addition, the 800-volt electrical system enables a higher power output. It also significantly improves the efficiency of the electric drive, according to Vitesco.

The order is not for the two models mentioned, but for the entire E-GMP. However, it is not yet known how many models Hyundai and Kia will build based on the E-GMP. Hyundai, for example, has communicated that it wants to bring 23 electrified models to market by 2025, eleven of which will be battery-electric series. However, it is not yet clear whether these will all be based on the E-GMP or, for example, as a cheaper entry-level model with 400-volt technology on a different platform.

Vitesco itself is about to become independent from Continental: the supervisory board of the parent company recently decided to go ahead with the IPO, which was already planned for 2020. However, the annual general meeting still has to give its approval.

Porsche to decide on electric Boxster by Summer 2021