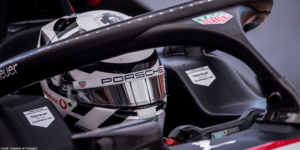 Porsche will remain loyal to Formula E in the coming years. When the FIA Formula E World Championship enters a new era from the 2022/23 season with further developed “Gen3” race cars, the Stuttgart-based sports car manufacturer will be there.

Nissan had already recently extended its involvement in the electric racing series up to and including the 2025/2026 season. With Porsche, Nissan and previously Mahindra as well as DS Automobiles, this means that four manufacturers are already involved in the Gen3 era to date.

“With its official registration, Porsche underlines its commitment to Formula E and its philosophy to lay the foundation for future mobility solutions through the development of electrically-powered racing vehicles,” a statement said. “With our entry in 2019, we made a clear commitment to Formula E. From our point of view, it offers the most competitive environment to advance the development of high-performance vehicles with a focus on eco-friendliness, energy efficiency and sustainability,” said Fritz Enzinger, Head of Porsche Motorsport and Group Motorsport at Volkswagen AG, commenting on the company’s commitment to Formula E. “We are delighted that Porsche is committed to a long-term partnership with Formula E,” said Jamie Reigle, Formula E CEO.

So, after Audi and BMW each justified their withdrawal from Formula E after the current Season 7, citing limited and, in their view, insufficient development work, Porsche continues to commit to the Formula E World Championship. “Porsche’s presence within Formula E is immense and they’ve demonstrated they will be a driving force in our development. We’re looking forward to collaborating on Gen3, with the ABB FIA Formula E World Championship remaining a proving ground for their next generation of race-to-road electric vehicle technology.”


Formula E and the FIA are currently working together to shape the Gen3 era. The focus is on bringing a new generation of technology to the starting line – both “in sporting terms and in terms of the future of electric mobility.” The third generation of Formula E racing cars is expected to bring performance and efficiency benefits, including more powerful and lighter cars. There will be 350 kW available in qualifying mode instead of the previous 250 kW, and 300 kW in normal racing mode (up from previously 200 kW). The race cars will also get an electric all-wheel braking system to recover energy even more efficiently with up to 600 kW on all wheels. Work is also being carried out on fast-charging technology: During pit stops, the Gen3 cars will be able to recharge with up to 600kW.

Porsche was involved in the discussions about the Gen3 regulations from the very beginning. “It was important for us that the DNA of Formula E, which has made the championship so successful, was preserved. That’s happened. At the same time, we see potential to take Formula E to the next level from a sporting and technological point of view,” says Fritz Enzinger.

The German manufacturer entered Formula E for the sixth season (2019/20) with the Porsche 99X Electric, and the TAG Heuer Porsche Formula E team immediately attracted attention when it celebrated a podium finish at its first E-Prix. The team is represented on the grid for the current seventh season by the two German drivers André Lotterer, a three-time Le Mans winner, and Pascal Wehrlein.