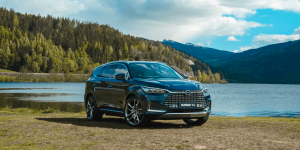 BYD has presented its business figures for 2020. Sales rose by 22.6 per cent year-on-year to the equivalent of around 20.3 billion euros, while profits climbed by 162.3 per cent to around 550 million euros.

BYD explains the profit growth with an “improvement in overall operational efficiency” and new products. The automotive division contributed 10.9 billion euros, about half of the group’s turnover. As a look at production and deliveries shows, however, the Chinese company was able to make profits above all in the combustion model segment.

While BYD builds and sells its electric buses worldwide, its passenger cars are currently available mainly in China. Currently, however, the group is also working on its expansion into Europe: after a test last year, more examples of the Tang EV electric SUV are to be sold in Norway. According to rumours, BYD is also preparing to sell the Han EV electric limousine in Europe. In addition, a new BEV platform is to be presented in 2021.