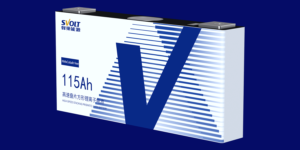 SVOLT began mass-producing cathode materials that do away with cobalt this April. In Jintan, Eastern China, the factory is churning out cobalt-free products for NMX battery cells on schedule after successful trials closed in January.

SVOLT had established pilot production with ten tons of cobalt-free cathode material earlier this year and now completed the next step in the battery cell factory. At the current expansion stage, the lines will produce 5,000 tons of cathode material key to the company’s cobalt-free batteries.

As reported, SVOLT developed a new cathode material for its NMX cells that consists of 75 per cent nickel and 25 per cent manganese. The new mix renders cobalt, otherwise used in NCM cells for thermal stabilisation, obsolete. SVOLT claims it compensates the cobalt properties by specially developed doping and coating processes and claims NMX cells achieve higher thermal stability and overall safety than NCM cells. Since the nickel content has also been reduced, the cells are also five per cent cheaper than classic NCM cells with high nickel content. At the same time, the energy density of the NMX cells is about five per cent lower than the value for NCM technology. To show the production process in full, SVOLT released a video of a 40-minute factory tour.

The Chinese battery cell manufacturer first announced the cobalt-free cells in 2019 and provided details in May 2020. With the series production of cathode material now started in China, SVOLT will primarily supply the parent company Great Wall once full cell deliveries begin as planned in June. The NMX cells will come in two sizes, a 115 Ah version with 245 Wh/kg and a 226 Ah cell variant with 240 Wh/kg. In September last year, SVOLT President Yang Hongxin said Great Wall wants to use cobalt-free cells in a “high-end model”.

SVOLT had also announced in earlier communications plans to produce the cobalt-free batteries at the planned plant in Saarland in Germany from 2023. The German Kai-Uwe Wollenhaupt, who serves as President SVOLT Europe & Vice President SVOLT Energy Technology, deemed the technology a “milestone” and SVOLT the “first company that has succeeded in bringing a cobalt-free high nickel cell chemistry to mass industrial production readiness.” So far, there has been no news of European customers.

In China, SVOLT confirmed further expansion plans this February and wants to install factories with 20 GWh each in Suining and Huzhou, another 18 GWh in Jintan and 40 GWh in the provinces of Hunan and Hubei, resulting in 98 GWh. Another 90 GWh are still in the evaluation phase, so we expect further announcements.