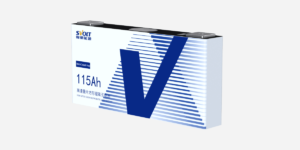 The first cobalt-free battery cells announced by SVOLT are now available for order worldwide. The NMX cells will initially be offered in two sizes: a 115 Ah version with 245 Wh/kg and a 226 Ah cell variant with 240 Wh/kg.

The Chinese battery cell manufacturer first announced the cobalt-free cells in 2019 and provided initial details in May 2020. The company has now announced that the first cell variants have been available for order since mid-December. The cells will not be delivered until after series production at the Jintan plant in China starts as scheduled in June 2021. SVOLT says that by the end of 2023, the cobalt-free batteries can also be produced at the planned plant in Saarland, in Germany.

The batteries will primarily be supplying the SVOLT parent company Great Wall. In September last year, SVOLT President Yang Hongxin told Reuters that Great Wall wants to use the cobalt-free cells in a “high-end model”.

These cells rely on a novel mix of nickel and manganese and are referred to by SVOLT as NMX (or NMx). Cobalt, otherwise used in NCM cells for thermal stabilisation, is no longer used in the new cells. Since the nickel content has also been reduced, the cells are also five per cent cheaper than classic NCM cells with high nickel content. Simultaneously, the energy density of the NMX cells is about five per cent lower than the value for NCM technology.


SVOLT uses a nickel content of 75 per cent, while the manganese content is 25 per cent. Thus, the manganese content is higher than for NCM811 cells, where it was only around ten per cent. The cells are to be stabilised to compensate for the cobalt properties by specially developed doping and coating processes. SVOLT says that in this way, NMX cells achieve higher thermal stability and overall safety than NCM cells.

Other NMX cell variants are said to be in the planning stages, but the company does not provide details.

“Our high-performance, low-cost and sustainable battery cells without cobalt are an important milestone that underlines our profound expertise in research & development in addition to our objective of offering products that are as sustainable as possible,” says Kai-Uwe Wollenhaupt, President SVOLT Europe & Vice President SVOLT Energy Technology. “Thus, SVOLT is the first company that has succeeded in bringing a cobalt-free high nickel cell chemistry to mass industrial production readiness.”