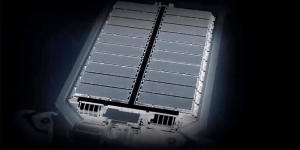 There are now new details about the cobalt-free lithium-ion battery cells announced by SVOLT Energy Technology. Two versions of these cells are expected to be available next year: one with a nominal capacity of 115 Ah and one with 226 Ah.

The battery cell manufacturer that emerged from the Chinese car manufacturer Great Wall, has announced that it will adapt the 226 Ah cells to a ‘high-end model from Great Wall Motors’. With its ‘matrix pack design’, this vehicle could achieve a range of up to 880 kilometers. In July 2019, SVOLT presented a cobalt-free lithium-ion cell for the first time, but also a four-element lithium-ion battery cell (NCMA).

During the current, more detailed presentation of the cobalt-free lithium-ion battery cells, President Yang Hongxin said that his company could guarantee a lifetime of 15 years or 1.2 million kilometers. Among other things, the technology uses a single crystal as well as nano-coatings and a special arrangement of the cells. The battery cells with 115 Ah are to be launched in July 2021. The battery based on these cells has an energy density of 245 Wh/kg and should support a range of 600 km. The Chinese company has announced the more powerful battery pack with 226 Ah cells for the second half of 2021. It has a lower energy density of 240 Wh/kg and should support the 880 km mentioned.

SVOLT has its headquarters in Changzhou in the Chinese province of Jiangsu. In February the company announced that it had already received an order from Europe for seven GWh. It is not yet clear whether this order is for cobalt-free Li-ion batteries. SVOLT started production in Changzhou at the end of last year. The battery cell manufacturer is planning a total of six production sites worldwide with capacities of 100 GWh – 76 GWh of which will be in China. As reported, plants are also planned in Europe and the USA. There are no further details as yet – even though according to earlier reports, construction of the European plant is to begin in the second half of 2020.