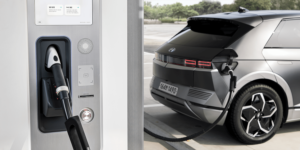 Hyundai Motor Group has announced plans to produce electric cars for the Hyundai and Kia brands in the US starting next year. This is part of a total investment of 7.4 billion US dollars by 2025 in the group’s business in the United States.

The plans are already quite concrete in some areas, but the Korean company still keeps a low profile in others. What is already clear is that the EV models will be manufactured at the Hyundai plant in Montgomery, Alabama. However, the company has not yet officially revealed which models will be produced there.

Hyundai currently builds the Elantra, Sonata Tucson and Santa Fe models – sedans and SUVs – at the Montgomery plant. All four models are part of Hyundai’s core product range in the USA. The four model series will apparently continue to be built unchanged for the time being, as Hyundai wants to invest in an “expansion of the production area for electric vehicles” – however, the Korean company did not provide details on the exact area and planned capacity of the expansion building.

Since it has only been confirmed so far that the vehicles will be BEVs of the Hyundai and Kia brands, but not the concrete models, no statements can yet be made about the technology or platform of the new vehicles. However, Autoblog clearly speculates on the production of E-GMP models. The Hyundai Ioniq 5 and Kia EV6 have already been presented here. According to a South Korean media report from May, the second Hyundai model, the Ioniq 6 electric sedan based on the Prophecy study, is launched in 2022.

While the Hyundai Motor Group only mentions the Hyundai and Kia brands in the report, Autoblog also mentions the premium subsidiary Genesis: the large SUV model GV70 is to receive an electric offshoot called GV70e.

“This investment demonstrates our deep commitment to the U.S. market, our dealers and customers,” said José Muñoz, Global Chief Operating Officer and President and CEO of Hyundai Motor North America. “Hyundai will lead the future of mobility in the United States and around the world.”

But the background to the investment decision is also likely to be the policies of the new US administration under Joe Biden. With a US manufacturing facility, Hyundai could more easily certify their vehicles for the Biden administration’s planned tax and purchase incentives. “Hyundai and Kia will monitor the market conditions and U.S. government EV policy to finalize its plan to enhance its U.S. production facilities and gradually expand its local EV production,” the memo says.

In the short term, then, sales of the battery-electric series are to be driven forward, while in the medium-term, Hyundai continues to focus on hydrogen. With the US government and partners, Hyundai wants to establish an American hydrogen ecosystem; cars like the Nexo, especially FCEV trucks, can benefit. For commercial vehicles, Hyundai has previously signed an agreement with the US company Cummins to accelerate fuel cell electric systems in the US market. In addition, Hyundai plans to invest an undisclosed portion of the $7.4 billion in urban air mobility and robotics.