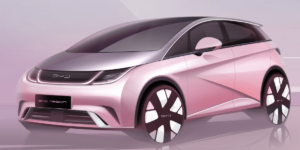 Nexport, BYD’s Australian importer and distributor, has won the largest single electric vehicle order on the continent to date. It includes the delivery of 3,000 electric vehicles from the beginning of 2022 to Splend, a provider of vehicle subscriptions for Uber drivers, among others.

The MOU between Splend and Nexport covers deliveries of vehicles to Splend’s Australian and UK operations over the next two years, starting in early 2022. In February 2021, Nexport entered exclusive distribution arrangements with BYD for the supply of electric vehicles in Australia and other right-hand drive markets.

For its part, Splend rents the vehicles to Uber drivers and is active with this business model in the UK and Australia. Splend says it is the UK and Australia’s largest supplier of hire vehicles to rideshare giant Uber. According to local media, the 3,000 vehicles are apparently only intended for Australia, which would only bring the total number of electric cars Down Under to over 20,000 vehicles. Nexport says the first vehicles are to be delivered in early 2022. It is not yet clear when the last of the 3,000 e-cars will be handed over to Splend.

According to Australian media, Nexport plans to import up to five BYD models to Australia, including the BYD EA1 compact car, which could be offered for 35,000 Australian dollars (22,350 euros). In October last year, Nexport announced plans for the production of electric vehicles in a new plant in the Australian state of New South Wales. It will initially produce buses, but later also other types of vehicles such as cars, trucks and vans. BYD will supply its drives and, initially also the chassis for the electric buses. Nexport is currently assembling its buses in assembly plants in China and Malaysia, sourcing some parts from Switzerland. At the time, Nexport said it wants to make a name for itself as an importer of electric vehicles by the time its Australian plant is completed.