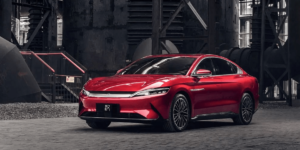 BYD was able to significantly increase sales of its electric vehicles in China in January. The Chinese manufacturer is also preparing its market entry in Australia and New Zealand with electric cars.

BYD growth rates in January 2021 look positive in comparison to January 2020, but compared to the strong December 2020, all the above categories were down – BEVs by -25.76%, PHEVs by -33.3%. The decline was particularly sharp for electric buses: instead of 1,004 units in December, BYD could only list 175 vehicles here in the statistics in January. This corresponds to a drop of over 82 per cent.

But sales of internal combustion models also fell sharply compared to December, while they also increased compared to January 2020. However, at 23.2 per cent, the growth here was significantly below 183 per cent for New Energy Vehicles.

According to Chinese media reports, BYD has issued a target of selling 400,000 NEVs in 2021, with this volume split equally between BEVs and PHEVs. This would require an average of 33,333 vehicles per month, but BYD only achieved 20,178 units in January. More models are to be launched this year, including the BEV-focused “EV 2.0” platform.

BYD has also signed a long-term agreement with Nexport to collaborate on research and development and sales of next-generation electric cars in Australia and New Zealand. The plan is to start pre-sales of BYD electric cars for the Australian and New Zealand markets in July 2021. BYD has so far given no details about which electric models are to be released for these markets.

BYD and Nexport already have a business relationship: the Australian company announced in October 2020 that they wanted to revive the Australian car industry by building electric vehicles. Initially, electric buses are to be built and later also passenger cars. BYD will supply the basis for the electric buses. At that time, it was already clear that Nexport also wanted to be active as an importer – among other things with the BYD Tang e-terrain vehicle, the BYD Song PHEV crossover and the BYD Qin compact sedan.

Peugeot e-Rifter to be available in two lengths