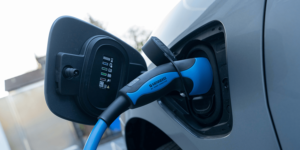 The International Energy Agency (IEA) has presented a step-by-step plan on how the world may achieve net CO2 neutrality by 2050. According to the IEA, the climate protection pledges made by governments to date – even if they would fully achieve them – fall far short of the requirements necessary for this.

In the transport sector, according to the IEA plan, no new cars with combustion engines may be sold worldwide from 2035 onwards, and at least 50 per cent of heavy-duty trucks sold would have to be electrically powered. As early as 2030, the share of electric cars in the number of cars sold worldwide would have to reach 60 per cent.

The dates 2030 and 2035 are not chosen at random: To achieve net CO2 neutrality by 2050, the IEA has grouped over 400 measures in five-year intervals for its phased plan. IEA Executive Director Fatih Birol cautions that this roadmap must also be followed: “Our Roadmap shows the priority actions that are needed today to ensure the opportunity of net-zero emissions by 2050 — narrow but still achievable — is not lost.”

At least for the passenger car sector, the IEA targets roughly coincide with the manufacturers’ plans, and implementation seems feasible in this respect. VW plans to have a 70 per cent share of electric cars by 2030 and would exceed the IEA target – provided VW can meet its own targets. BMW, on the other hand, is planning on 50 per cent electric cars in 2030.

Other targets of the IEA plan concern electromobility indirectly: energy generation. According to the step-by-step plan, no new coal-fired power plants are permitted with immediate effect – worldwide. Investments in fossil fuel supply projects, such as coal mines or new oil and gas production sites, are also to be stopped. This would affect the power plants and the mineral oil companies and fuel prices for heating with fossil fuels or at petrol stations.

By 2030, an additional 1020 gigawatts of wind and solar energy will be made available per year. This would entail the construction of new plants. In 2035, four gigatonnes of CO2 are sequestered according to the plan, but the IEA did not specify the procedure for this. In 2040, half of the fuel used in aviation is to be low-emission. In 2045, according to the step-by-step plan, 435 megatonnes of hydrogen should be available – but not for passenger cars. By 2050, CO2 emissions from the energy sector should be almost zero – and thus, the consumption of energy should be significantly cleaner.

Critics consider the plan now presented remarkable since the International Energy Agency is traditionally considered fossil-friendly. As recently as this millennium, the IEA had called for an increase in oil production. Now the agency is planning to phase out coal-fired power plants and stop developing new oil production sites.