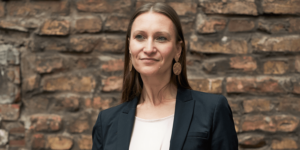 Men use sharing services significantly more often than women. This has many reasons, and chief among them is the gender data gap – a (hidden) lack of gender-specific data. Researcher Ines Kawgan-Kagan knows why and calls for change across the industry as she suggests concrete measures.

Guest author Andrea Reidl reports. Shared mobility is a man’s thing – usage data suggests as much. Between 60 and 75 per cent of users of sharing services, be it electric cars, scooters or bikes, are men. The disparity has persisted ever since car sharing was introduced and continues with the new electric services, as studies by providers Tier and Emmy show.

The issue is no coincidence but lies deep within the system. That is the algorithm or the AI which sharing providers use to optimise the number of vehicles waiting for customers at a given time. The data is provided by the users themselves with each rental. As long as it is predominantly men who borrow the vehicles, the algorithm continually optimises the offer for them. The outliers, read women’s usage data, are automatically fished out of the data pool during the calculations.

Transport planners have known for decades that the travel patterns of women and men differ significantly. While working fathers usually travel directly to work and return home in the evening, working mothers tend to link destinations. They take their children to daycare before work, head to the shop on the way home or accompany elderly relatives to the doctor. From cars to scooters, the current sharing offers fit well with the linear everyday mobility of men. For women, these offers do not hold the same appeal. Apart from the difference in mobility behaviour, socialisation also plays a role.

If you want to make shared mobility attractive for women, you have to scrutinise your data pool and include women’s everyday mobility.

For Ines Kawgan-Kagan, taking a shared e-moped to the daycare centre to pick up one of her children was never an option. “I learned to drive a car, but not to ride a moped,” she says. So borrowing a moped in everyday life, taking the first test drive in Berlin’s city traffic, and then picking up a child seemed too dangerous and time-consuming for her.

Many women feel the same way. They often travel more sustainably than men, which means they use bicycles, buses and trains or walk significantly more often, according to the 2017 study ‘Mobility in Germany’. And they are sometimes less willing to experiment than men, who generally try out new technologies such as sharing mopeds, scooters or cars first. Men also use car-sharing to test drive new models. For women, the service has to be practical above all. That’s not surprising: with tired children in the back seat, it’s not much fun trying new technologies. 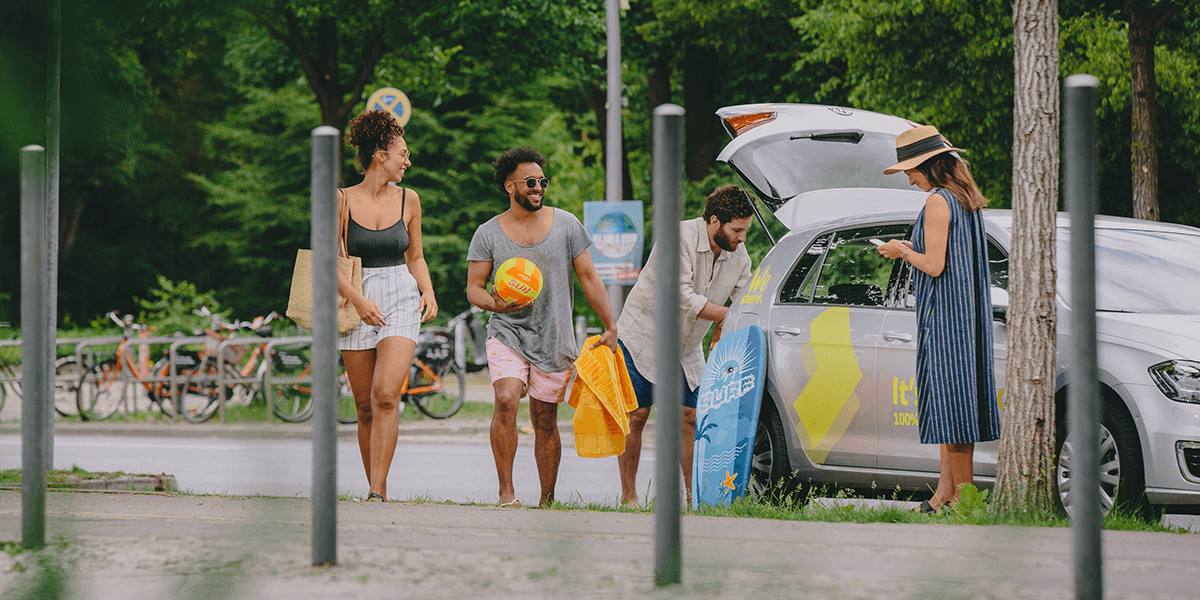 Ines Kawgan-Kagan knows all this data because she has been researching and publishing on the differences in everyday mobility between women and men for years. She is currently one of the few experts in this field in Europe and regularly includes data from electric transport.

“Female early adopters used battery electric vehicles more often than vehicles with an internal combustion engine and evaluated handling BEVs more positively (than male respondents),” she concluded in a 2015 study. Kawgan-Kagan also found women to combine public transportation and cycling to use (e-) carsharing services as an additional part of urban mobility. Note that users in Berlin rarely used the services with children.

However, while taking greater household and family responsibilities, women could be role models for the future generation and create a shift towards sustainable mobility services since parents impact the travel behaviour of their children, the researcher said.

In total, Kawgan-Kagan has identified more than two dozen steps that could make carsharing more palatable to women in their everyday lives. She calls on local authorities to standardise carsharing services, i.e. introducing uniform vehicle models and booking tools. Her suggestions include online instructions on the vehicle, which appear as a pop-up on the display when the user first registers, and financial incentives such as special rates for families or caregivers around daycare centres and nursing homes. With costs of around 30 cents per minute, such as ShareNow charges for almost all vehicles, interim parking at the various stops during a woman’s typical trip otherwise quickly becomes expensive.

Talking about positioning, other issues include cars parking in backyards and underground garages that may not be attractive to women at all times of the day. The providers are aware of this but often lack alternatives. 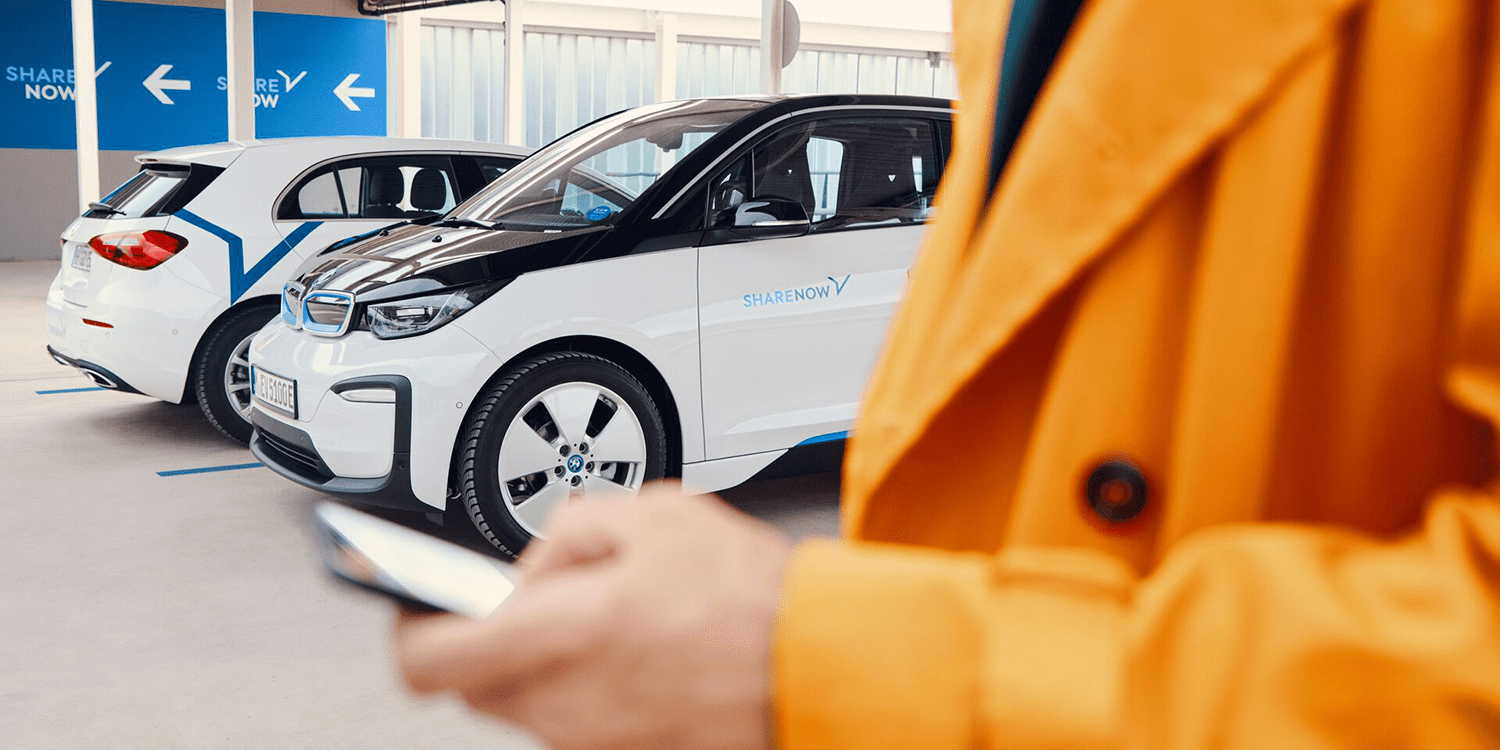 At the same time, they also know very little about their customers. Providers usually only collect data such as the vehicle type and information on the route but not the driver’s gender, the purpose of the journey and whether the person is transporting something. For Ines Kawgan-Kagan, however, this data is critical for adapting services to demand and opening it up to a broader target group.

The scientist also sees a need for research to catch up. She again refers to the MID study, which the German Federal Ministry of Transport commissions, most recently in 2017 with an update in 2020. Participants* had to choose one of seven options to survey their daily journeys, i.e. trips to work, shopping, uni or leisure, but could not give multiple answers.

“If a woman takes her child to a friend’s house after daycare who also has a child, and they go shopping together – is that an accompanying trip, childcare, shopping or leisure activity?” asks Kawgan-Kagan. As long as research fails to capture women’s journeys and mobility demands, custom-fit services will remain the exception.
Herein lies one of Kawgan-Kagan’s most significant challenges: changing the mindset in society, research and companies. Her stance is clear: “Ideally, product development includes the different perspectives already before the product hits the market.” What’s more, the teams designing and managing sharing offers should be diverse in future because women are underrepresented here.

Just 22 per cent of employees in the mobility industry across Europe were female, according to a 2017 study by the European Commission.

When asked for comment by electrive, LEV sharing provider Superpedestrian said it was making an effort in hiring “inspirational women at all levels.” Their VP of EMEA, Haya Verwoord Douidri, added that the approach continued into the data insights and urban planning team, which includes three MIT alumni – two of whom are women. Concerning the gender data gap, the young company claims, “our data team is working on several R&D projects with the aim of better understanding and broadening our inclusivity at all points – including gender, race, age and income.”
Swedish competitor Voi has not replied to our request for comment.

Scientist Kawgan-Kagan adds that companies can take further corrective action with training courses, guidelines or audits. That pays off. It is much easier to plan a product in a gender-appropriate way than adapt an offer optimised for men to women afterwards.

Some try. Take the Berlin-based start-up Tier, which offers electric scooter and moped sharing in now twelve countries. About 30 per cent of its users are female—too few thought four women-identified employees from Berlin. With the management’s support, they founded the ‘Women of Tier’ initiative last year. They aim to talk openly about the gender gap in a podcast and look for ways to balance it better. One hugely successful intervention was the first moped training in Berlin. 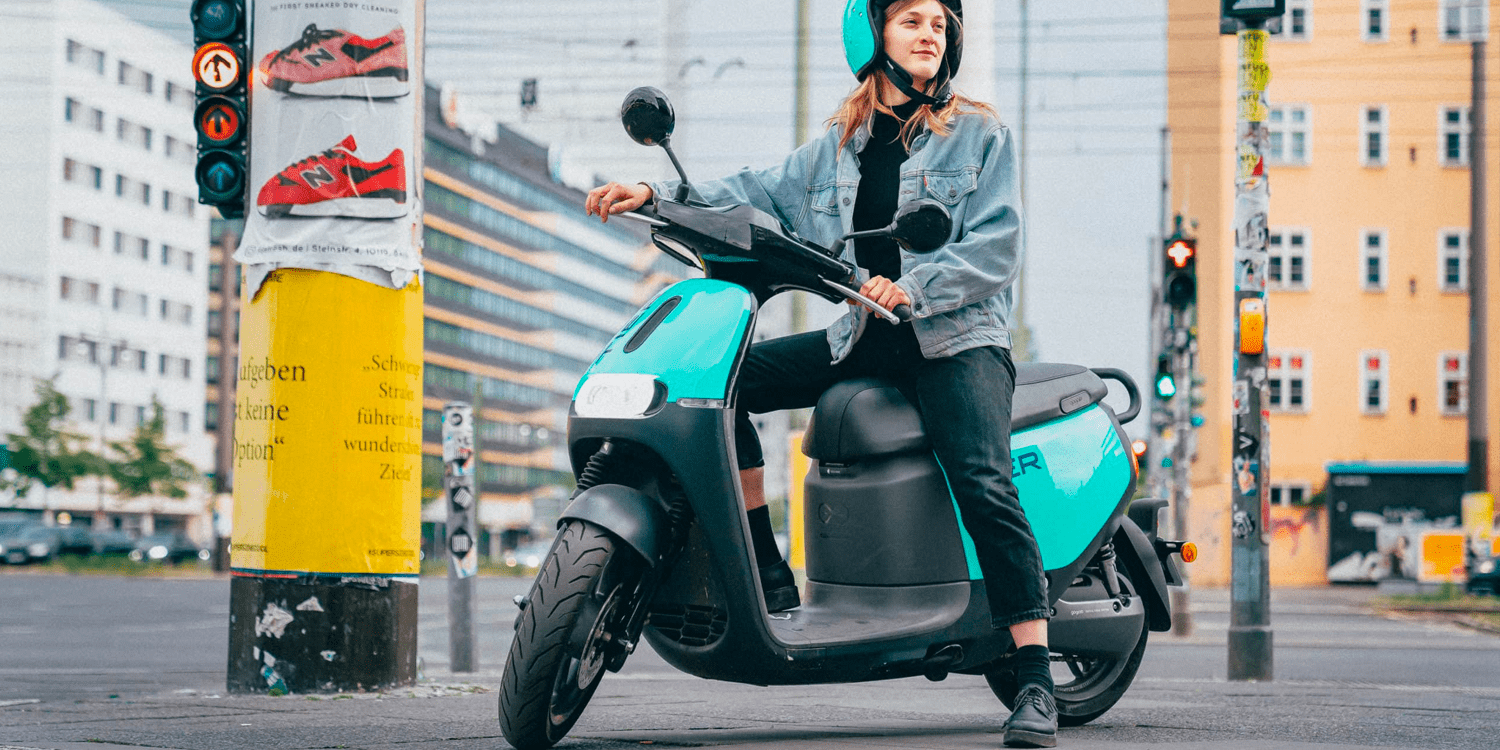 The demand has been immense. “70 women came, significantly more than were registered,” says Nastya Koro, a ‘Women of Tier’ team member and the training’s co-organiser. After the intro, the women took the mopeds around in the parking lot. Some had brought their children to test riding in pairs in a safe environment. “The training broke down inhibitions,” says Koro. Many of the women have been using the scooters ever since, according to the company. More training opportunities are to follow this year.

Ines Kawgan-Kagan wants to see much more of such offerings to break down the imbalance in supply and research. Gender and e-mobility are still niche topic with huge potential to improve.

About the author: Andrea Reidl is a freelance journalist who writes for renowned German magazines such as Zeit, Spiegel, or Manager Magazin both online and in print since 1998. Her stories on cycling, in particular, were also published by specialists media such as Cicero, Edison, or Velobiz.

The above article first appeared in German on emmett.io, a platform run by iRights.Lab and is licensed under the Creative Commons CC-BY-SA 4.0 license.
The English version published here has been translated by Nora Manthey and edited to include more recent data concerning shared electric transport and new quotes by Superpedestrian.