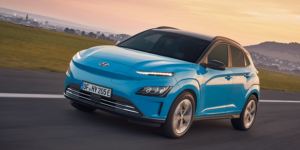 The Hyundai Motor Group with its brands Hyundai, Kia and Genesis wants to reduce the number of combustion models in its product range to free up resources for investments in electric cars, according to a media report. Around half of the models are apparently being questioned.

This is what two people close to the South Korean car company told Reuters. Specifically, the number of internal combustion models is to be halved. The strategy was approved by top management in March and is expected to be finalised within the next six months, they said.

“It is an important business move, which first and foremost allows the release of R&D resources to focus on the rest: electric motors, batteries, fuel cells,” said one of the sources. However, some points are not clear from the insider information; for example, in what time frame the reduction of the combustion engine range is planned.

When asked by Reuters, the Group did not confirm the alleged plans, but said it was accelerating the introduction of environmentally friendly vehicles such as fuel cell cars and battery-electric models. The carmaker had recently confirmed that the Ioniq 5 would be followed by the Ioniq 6 electric sedan next year and then a larger electric SUV called the Ioniq 7 in 2024, with more electric cars not based on the 800-volt E-GMP platform to come. There are no concrete statements yet on further fuel cell cars besides the Nexo.

However, the company has already stopped developing new powertrains for cars with combustion engines, one of the insiders said. HMG did not directly confirm this either. It would try to improve the “efficiency of its vehicle range with combustion engines in emerging markets”. In “key markets” such as the USA, Europe and China, on the other hand, the range of battery electric vehicles will be gradually expanded to achieve complete electrification by 2040 – which consequently also equates to a gradual reduction of combustion engine models for these markets.

So far, it is known that the Hyundai Motor Group aims to sell around one million electric vehicles per year by 2025. Every tenth electric car worldwide will then be built by the South Korean company.

HMG is not alone in allegedly stopping the development of new combustion engines, with the caveat that existing engines can be further developed: Volkswagen, Audi and Daimler had announced similar measures in recent months. Last year, shortly before the merger with FCA to form Stellantis, PSA had also confirmed that it would no longer invest in combustion engines.