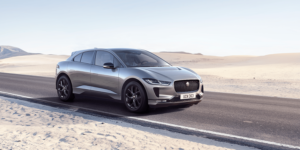 Jaguar is to become an all-electric car brand in 2025. The media now report further details. Of the current models, only the purely electric I-Pace will survive the year 2025. Instead of the current portfolio, a completely new and luxurious Jaguar family is likely to take its place.

This was reported by the British portal “Autocar” with reference to Thierry Bolloré, the new CEO of Jaguar Land Rover. According to the report, Bolloré is planning a new range that will no longer include SUVs and crossover models. Under the leadership of JLR design chief Gerry McGovern, three teams have already sketched and defined the design and model versions, according to the report. With the designers’ sketches, Jaguar will now go in search of a suitable electric platform – although it has not yet been decided whether to develop its own or rely on a third-party EV-platform.

The upheaval at Jaguar means that, with the exception of the I-Pace, all known model series – including the F-Pace and E-Pace – will be discontinued without replacement. According to Bolloré, they will be replaced by “distinctive cars without overlaps” with other OEMs. The vehicles are to be low, but not classic saloons. In its future positioning, Jaguar is to take its cue from sister brand Land Rover – first and foremost Range Rover. The brand is “unique in its positioning” and sells well, Bolloré told Autocar. Back in March, the British portal had also reported on details of Land Rover’s electrification and platform strategy. However, an official confirmation of the plans is still pending.

The last official statements on the electrification strategy date back to February: at that time, Jaguar Land Rover had announced as part of its ‘Reimagine’ roadmap that Jaguar would become an all-electric car brand from 2025 and Land Rover would launch six all-electric models in the next five years. Currently, the British only have one BEV on offer, the Jaguar I-Pace, but the in-house development is not based on a scalable platform.

There are also two different plug-in hybrids for the current models: with the sales designation P300e, a three-cylinder petrol engine is combined with an electric motor in the smaller models (including Range Rover Evoque, Land Rover Discovery Sport and Jaguar E-Pace), while in the larger P400e (including Land Rover Defender, Range Rover Velar, Jaguar F-Pace) the combustion engine is a two-litre four-cylinder. These vehicles can also be charged with direct current.

BMW i3 to end sales run in the USA in July