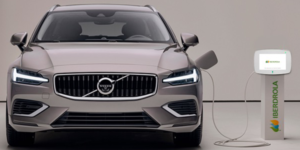 Volvo Cars and its parent company Geely have formed a joint venture called Aurobay. The new company is to develop combustion engines, transmissions and hybrid drives. The Swedish company wants to be able to concentrate on developing premium electric cars itself.

According to Volvo, Aurobay will “initially” be jointly owned by Volvo Cars and Geely Holding. However, the Swedish company did not explain the exact shares and the meaning of the “initially”. Volvo also does not disclose the financial details of the agreement.

This step was foreseeable: In the course of the negotiations, a complete merger of Volvo and Geely was rejected, but a closer cooperation was agreed to. Volvo already announced in December 2020 that it wanted to build electric motors at its Swedish engine plant in Skövde. At that time, the construction of combustion engines in Skövde was transferred to a separate subsidiary called Powertrain Engineering Sweden (PES). It was already announced at the time that PES would be merged with Geely’s combustion engine business.

This is exactly what is now taking place: according to Volvo, the formation will see all of PES’s assets, including the engine manufacturing facility in Skövde and all associated research and development teams, as well as its engine plant in China and other relevant assets, transferred to the joint venture.

The company says: “The creation of the stand-alone joint venture and the transfer of assets allows Volvo Cars to focus fully on the development of its new range of all-electric premium cars in coming years.” As early as 2025, BEVs are expected to account for half of Volvo’s global sales, with the rest coming from hybrids – whose powertrains will then be supplied by Aurobay. But not for long: as is well known, Volvo wants to become a pure electric brand from 2030 and no longer sell hybrids.

The fact that Geely has agreed to this temporary deal is probably also due to the know-how that will be transferred. “For Geely Holding, the new entity will benefit from the addition of a strong R&D team and technologically advanced and efficient combustion engines and hybrid powertrains for its portfolio of brands, creating a strong base for substantial operational, industrial and financial synergies,” writes Volvo.