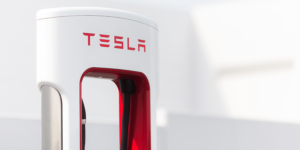 Elon Musk has now confirmed on Twitter that Tesla will open its Supercharger network to electric cars from other brands later this year. Meanwhile, there is an update on Tesla’s plan to start production of the Semi electric truck this year.

Regarding the Superchargers; when asked by a user whether the fast-charging network will be made available to other electric cars in all countries or only in certain ones, Musk tersely replied: “Over time, all countries.” It can therefore be assumed that the opening will initially be limited to individual markets.

Rumour has it that the first Superchargers will be made accessible to third parties in Norway and Sweden by September 2022. However, details on this are not yet known.

In Europe, for example, the opening for other brands should be easier to implement, as Tesla now uses the CCS charging standard here. In the USA, the electric car manufacturer has developed its own charging standard, as there was simply no suitable standard on the market when the Model S was launched in 2012. Thus, the US Superchargers are not directly compatible with the vehicles of other manufacturers, while at the CCS charging points in Europe it is purely a software limitation – in the past, it was already briefly possible to charge other vehicles at V3 Superchargers in Europe.

A challenge in practice could still be the length of the Supercharger cables: Since all Tesla models have the charging port on the driver’s side at the rear, Tesla can install very short cables. With some vehicles – such as nose chargers like the Kia e-Niro or Hyundai Kona Electric – charging at a Supercharger is certainly possible, but with other vehicles it can be quite difficult.

A few days ago, Elon Musk also announced that he would increase the charging capacity at Tesla’s Superchargers from 250 kW to 300 kW, but without giving a timetable.

In addition, there is apparently progress for the possible start of production of the Tesla Semi. According to “Electrek”, the production line for the drive axles is ready and the general assembly line for the Tesla Semi is going through its final troubleshooting before the start of production. However, production will not take place at the Gigafactory in Texas, which is still under construction, but in a new building near Gigafactory 1 in Nevada, as Electrek writes. However, the capacities are to be manageable: Five semis per week are to be assembled in the hall.