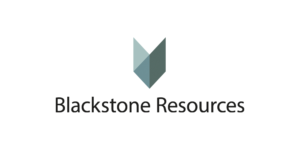 Blackstone Technology, the German subsidiary of the Swiss commodities company Blackstone Resources, has signed a cooperation agreement with IBU-Tec Advanced Materials. The Weimar-based company is to produce lithium iron phosphate cathode materials for Blackstone on its facilities.

Blackstone Technology had announced in February 2021 that it intended to produce LFP cells from the summer onwards. These are to be produced using an in-house patented 3D printing technology, and in February Blackstone showed a pre-production sample cell ready for series production. The energy density of the LFP cell is to be 220 Wh/kg.

As Blackstone now announces, IBU-Tec will play an important role in the supply chain. Initially, the Weimar-based company will source the raw materials and chemicals from the Swiss parent company Blackstone Resources and other suppliers and use them to produce cathode materials for the LFP cells at its facilities. Initially, IBU-Tec is to deliver an “annual quantity in the three-digit tonne range” to Blackstone Technology in Döbeln. This would correspond to enough cathode material for around two GWh of battery cells, according to Blackstone.

In addition, Blackstone announces that in the future it will also dedicate itself to the recycling of LFP cells. However, the Swiss company does not give any details in the press release. Blackstone emphasises, however, that it already uses 70 per cent less energy in the production of electrodes than its competitors. In addition, battery cell production uses a water-soluble process and can “therefore do without toxic solvents NMP and plastics PVDF”.